Hosts South Africa will open their campaign against Afghanistan in next year’s ICC U19 Cricket World Cup, a tournament that showcases the world’s future cricket stars.

South Africa, hosts in 1998 and champions in 2014, play their opening match at the Diamond Oval in Kimberley on 17 January. The United Arab Emirates and Canada are the other teams they will have to contend with in Group D of the 16-team tournament, the final of which is scheduled for 9 February.

In other matches slated over the first few days, New Zealand take on Japan who will be making their debut in an ICC global event at the North West University Oval In Potchefstroom on 18 January while defending champions India play Sri Lanka at the Mangaung Oval in Bloemfontein on 19 January. Nigeria, who are also making their ICC event debut will face Australia in Kimberley on 20 Jan for their opening game.

Benoni and Kimberley are the other host cities for the 13th edition of the tournament, being played as per the format used in previous editions, with the second phase dividing the teams into Super League and Plate tournaments. The top two teams from each of the four groups advance to the Super League while the remaining teams feature in the Plate championship.

The JB Marks Oval in Potchefstroom will be a key venue as it hosts two Super League quarterfinals, both semi-finals and the final.

The top 11 full Members in the last edition in New Zealand and the five regional champions, who have qualified for the event, will also play warm-up matches from 12-15 January in Johannesburg and Pretoria. Nigeria (Africa) also make an appearance for the first time along with Japan (East Asia Pacific). Nigeria (Africa) and Japan (East Asia Pacific) are joined by other regional qualifiers Canada (Americas), United Arab Emirates (Asia) and Scotland (Europe). 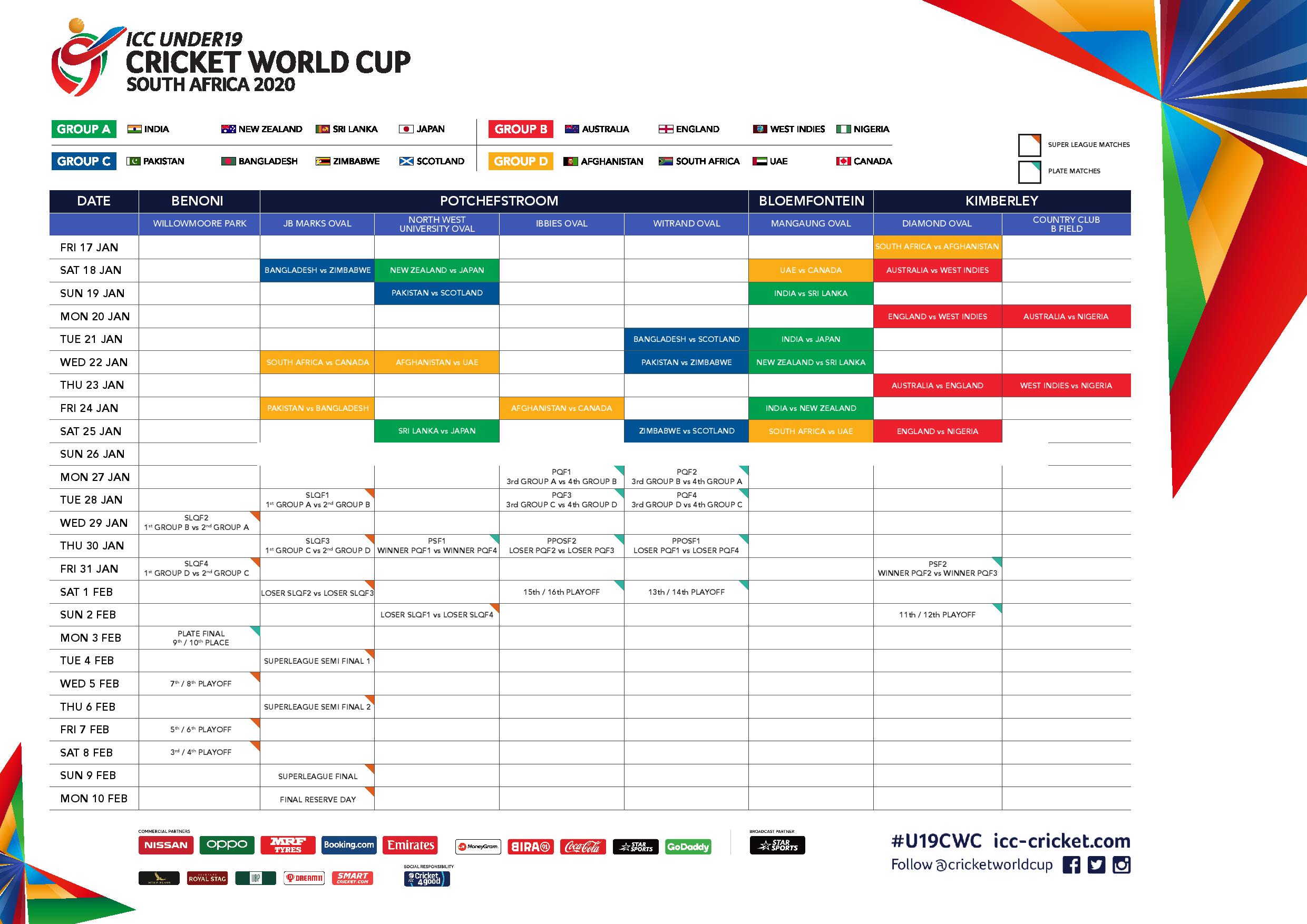