DUBLIN:  A maiden T20 International (T20I) half-century from Lara Goodall helped guide the Momentum Proteas to an emphatic eight-wicket victory in the second match against Ireland to level the series one-all at the Pembroke Cricket Club in Dublin on Monday.

Goodall bounced back in fine fashion from a first ball dismissal in the opening T20I, smashing eight boundaries including one six to record her career-best knock in the shortest format, top-scoring with 52 off 40 deliveries as South Africa successfully chased down Ireland’s total of 106 / 7.

Ireland won the toss and elected bat first once again, but this time they didn’t get off to the flying start they managed in the first encounter, with opener, Leah Paul (9) sent back to the dressing room early on.

Although the home side’s captain and star player, Gaby Lewis (31) produced another bright start, South Africa’s much-improved performance with the ball limited her strike rate before left-arm spinner, Nonkululeko Mlaba (1/ 24) picked up the all-important scalp to leave the hosts 48 / 2 in the 9th over.

With the dangerous batter back in the hut, the Proteas Women kept the pressure on the Irish side, picking up wickets at regular intervals through Nadine de Klerk ((2 / 26), Tumi Sekhukhune (2 / 17) and Anneke Bosch (1 /11) to restrict Ireland to an under par 106 / 7 in 20 overs.

In reply, the Proteas made a blistering start with the bat as they went at nearly 10 runs an over in the opening three overs before Tazmin Brits (15) was the first wicket to fall.

That proved to be the last joy for the home side as fellow opener, Goodall alongside Anneke Bosch took the game by the scruff of the neck, putting on 72 runs for the second wicket to all but carry South Africa to victory.

Bosch was measured in her approach to an unbeaten 32* off 37 balls (3 fours), while Goodall was more of the aggressor as the pair played impressive shots to all parts of the ground before Jarre Maguire (1 / 33) finally made the breakthrough in the 14th over.

The other wicket-taker for Ireland was Arlene Kelly (1 / 13) as South Africa completed the route to take the three-match series into the decider on Wednesday, 08 June at the same venue. The South African public can follow the action live on the DSTV Now App, Channel 247 from 17h30 (SA time).

Ismail celebrated her personal milestone with the Player of the Match accolade for her all-action involvement in South Africa’s bowling display. 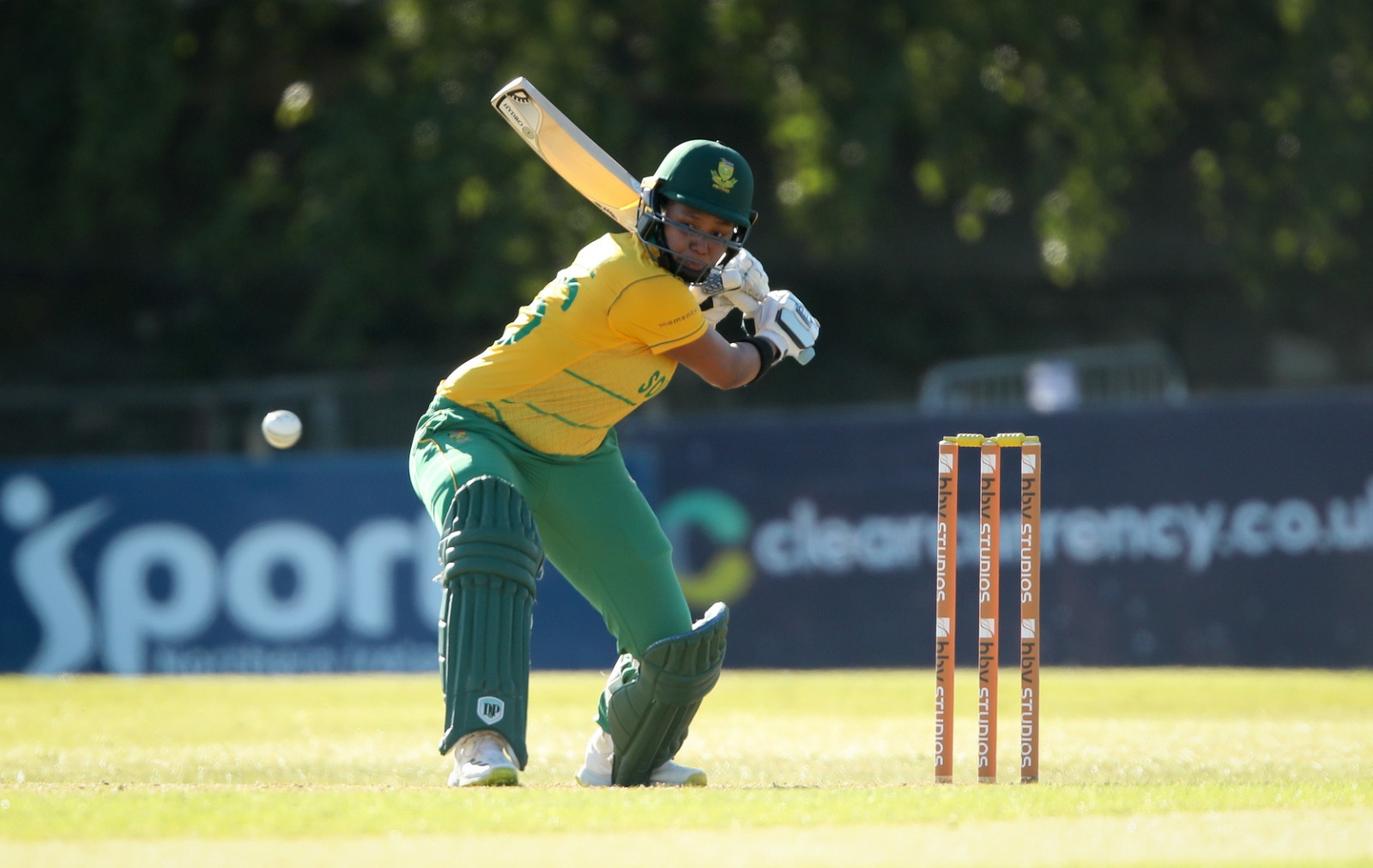