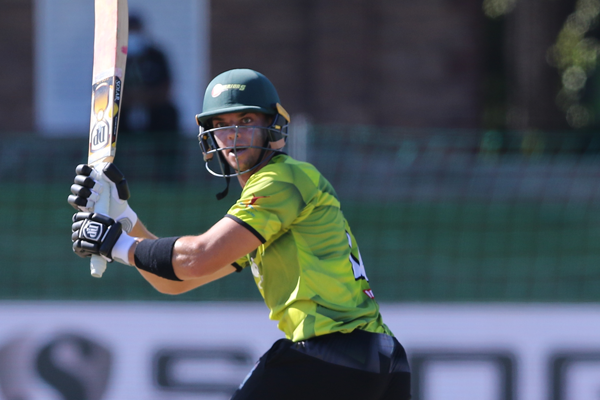 He has been the stand-out batsman of the competition thus far and continues to look even better each time he steps out onto the St George’s Park pitch.

The CSA T20 Challenge has been the buzz of South African cricket over the past 10 days and little-known Gbets Warriors ace Tristan Stubbs has been setting the tournament alight in Gqberha with his destructive performances.

The 21-year-old has dazzled with his explosive batting, punishing almost anything that has been put in front of him.

He has accumulated an impressive 217 runs off the 104 deliveries he has faced so far faced in his four innings, four of which have been half-centuries.

The baby-faced Stubbs, who made his professional T20 debut only a year ago, has plundered 19 sixes – nine more than the Proteas superstar David Miller, who trails him on the run charts with 158 runs.

“I could not have asked for a better tournament so far. It really has been amazing and I’m thoroughly enjoying it,” was how the youngster summed up his opening week in the country’s premier domestic cricket showpiece. Prior to the T20 Challenge, he had never played white-ball cricket at the host venue.

Stubbs also hadn’t played any top-level T20 cricket before debuting in the same competition last year, where injuries to some of his team-mates presented him an opportunity. He went on to score just over 100 runs in his four innings, but his stroke making caught the eye of almost everyone.

“That was a really good experience for me and I learnt a lot. I think it was also the springboard for what was to come this season,” he says.

“Before Covid, I didn’t play too much of T20 cricket because I was a lot skinnier. During Covid I worked hard on my strength and I came back after that realising I could hit a six or two. I’ve just gone with the flow and it’s been really enjoyable.”

He has experienced a modest first season at domestic level, playing in three 4-Day Domestic Series games and scoring 137 runs, whilst he also featured in four matches in the CSA Provincial T20 Cup at the start of the 2021/22 campaign scoring 55 runs.

But despite this, Stubbs says he has been feeling good about his game.

He continued: “I played a few four-day games and really felt good in those. I’ve just been hitting it really nicely coming into this tournament.”

The form of Stubbs, who is a wicketkeeper as well, is likely to have caught the attention of the national selectors in what is another World Cup year, but he says his aim for now was to continue delivering performance for the Warriors.

“I don’t want to look too far ahead,” he said. “For now it’s just about enjoying every moment and helping my team do well.

“We’re in the wrong half of the table at the moment after managing just one win in our four games. I don’t think we’ve played badly, but the results just haven’t come. Hopefully we can turn it around in the next three games and challenge for a place in the play-offs.”

The competition has a rest day on Wednesday and will resume again on Thursday with the Juksei Derby between the Momentum Multiply Titans and Imperial Lions set for 10:00, before the Warriors host GBetsRocks in the afternoon encounter from 14:30.

All matches are broadcast live on SuperSport, with updates on the Official CSA App.