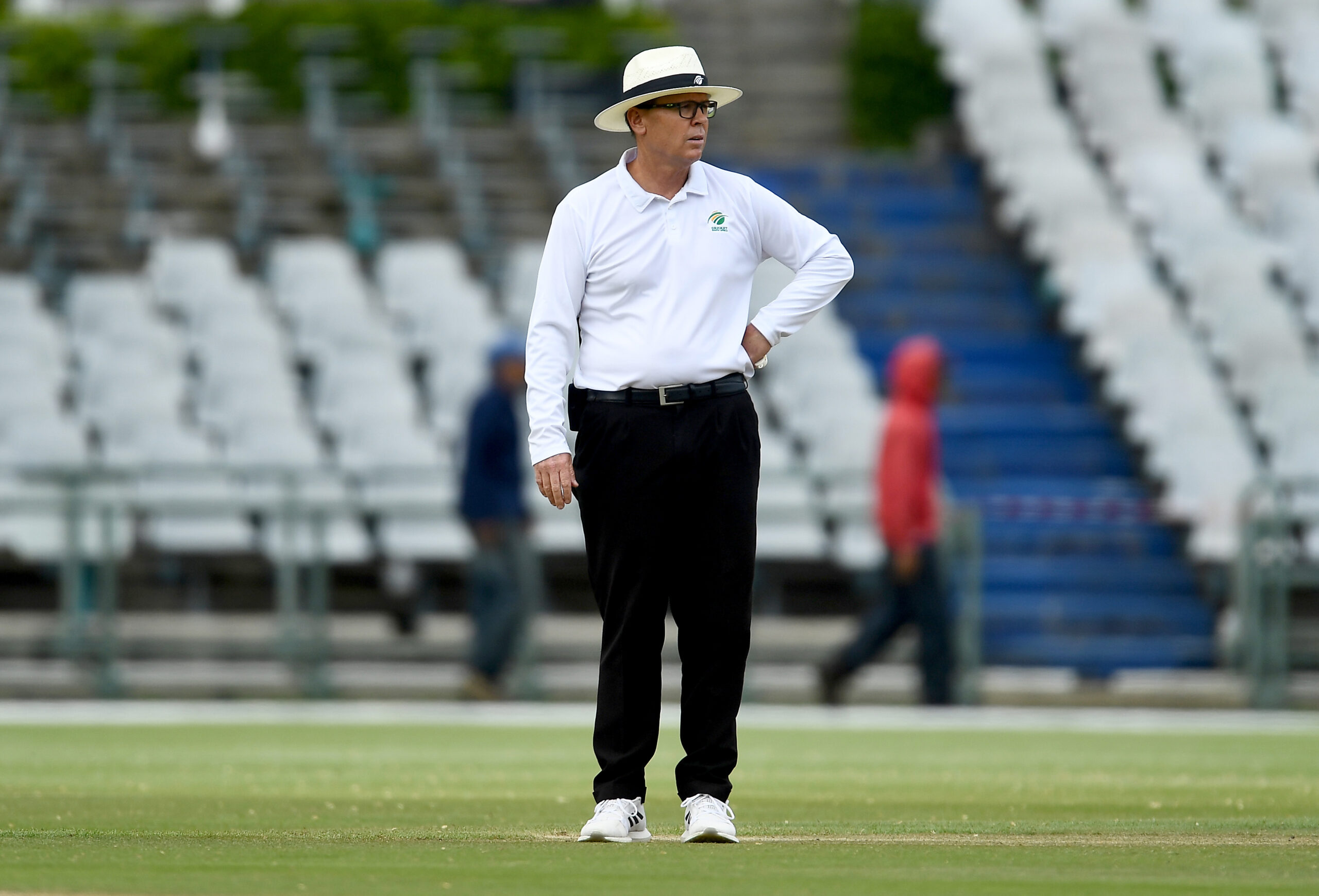 JOHANNESBURG: Umpire, Brad White, will today be standing in his 150th first class match in a CSA 4-Day Series encounter between Six Gun Grill Western Province and Imperial Lions to be played at Newlands. He is the third Umpire in the history of Cricket South Africa (CSA) to reach this incredible feat and has now joined in the race to be in the elite league with Rudi Koertzen (220) and Murray Brown (153) respectively.

The unassuming White did not fall from the sky like manna but boosts an entrenched and mouth-watering cricket background. As a left-handed opening batsman and medium pace bowler, he played South African Schools cricket in 1988 and graduated to the South Africa U21 side between 1989 and 1990. That’s not all. White went on to play 78 first class matches from 1988 to 2000; represented Transvaal from 1988 to 1995; Border from 1996 to 1999 and Easterns in 2000.

And the journey didn’t end there.

Describing his love-story with umpiring, which is awash with determination, and pampered with ounces of passion, White said:

“I started umpiring in 2001. I called the Gauteng umpires’ association to find out about becoming an umpire and spoke to Robbie Lee, who played a big part in me progressing in umpiring. I stood two years of club cricket in Gauteng and won umpire of the year in 2002/3 season for Gauteng umpires.

“In 2003, I was selected onto the emerging panel for CSA. I was on the B panel for five years and then promoted onto the A panel in 2008/9 season.”

Brad participated in the exchange program to New Zealand, Australia, and India. He also stood in the CSA 2020/21 five-day season final.

“I would like to thank my wife Nicky, daughters Jenna and Chelsea for their support, CSA, Obakeng Sepeng and my colleagues for reaching this milestone,” concluded White.

“Enamoured with humility, Brad is a devoted Umpire, whose passion for the game is beyond imagination. He is a confirmed perfectionist, who performs his duties with admirable precision. Accordingly, CSA lauds him on achieving this landmark, confident that he will garner more, propelled by his oozing zeal.”

“One of CSA’s critical pillars is excellence, which we demand across our ecosystem. CSA is proud to have an Umpire of Brad’s calibre in its ranks. He is an embodiment of what CSA stand for and has with pride flown the organization’s kite 150 times in first class matches. We thank him for his unwavering dedication to his craft over the years. We also salute and congratulate him on this accomplishment and share in his jubilation.”