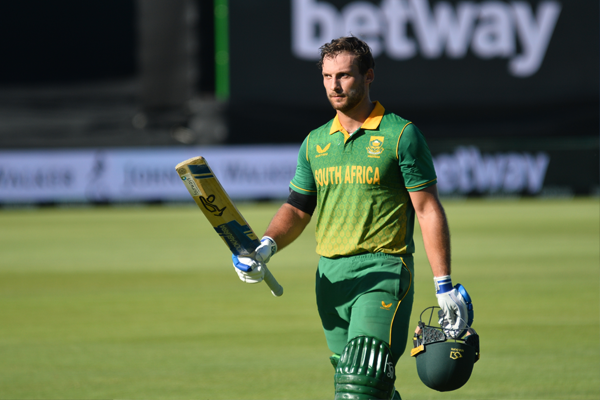 The Proteas rekindled some of their magic of yesteryear when they overcame India by seven wickets
in Paarl on Friday to seal victory in their three-match bilateral Betway One-Day International Series.
Not since the tourist visited South Africa in 2013 had the host beaten them on home turf – back then
the Proteas claimed the three-match series 2-0.

That team was captained by AB de Villiers and included the likes of Hashim Amla, JP Duminy, Jacques
Kallis, Dale Steyn and Morne Morkel to name a few.

The South Africans in general were quite strong in bilateral series in the past, but the retirement of
many of those players in recent years lead to a rebuilding period.

Some of the fruits of this reconstruction are now beginning to bare fruit, and after losing on home
soil when India last toured the country in 2018, the new generation have now produced two clinical
displays to seal the series.

They won the first game at Boland Park by 31 runs and followed that up with a thumping win over an
India side, widely regarded as one of the best in the world.

One of the stars from the twin wins, opener Janneman Malan, believes there has been some key
reasons for their turnaround.

“I think we handled their total overs of spin better than them facing our spinners,” he said. “So that
was a good confidence boost for us. Our spinners were also very tight.

“Then we built partnerships very well and made their batsmen work hard for every run. I think we
did well as a bowling unit to keep getting wickets regularly. They had a chance to get a big score
today, but we just kept getting wickets so their momentum kept getting broken.

“I think the partnerships we built as batters gave us the edge. So we did well.”
What has been especially impressive has been the way the Proteas have dealt with India’s spin
threat that is lead by Ravi Ashwin and Yuzvendra Chahal, who claimed 16 wickets at 16.37 when his
team won 5-1 on their last tour to SA.

“It’s been coming along for a couple of years now us trying to become better players at spin,
especially when it’s slow, it’s spinning and it’s tough to stand up straight and hit the ball,” Malan
explained. “You want to kind of use the sweep and reverse sweep just to use the conditions better.
“I think we’ve come a long way as a team, all the players are trying hard to improve and play spin
better.”

Malan is facing India’s much-praised bowling attack for the first time in his young career, which has
so far taken in 13 ODIs. He managed to score a decisive 91 in the series-clinching win, his third half
century to go with his three tons.

“I’ve always seen them bowl in the IPL and all the international games they play,” he said of India’s
attack. “So it was good for me to get out and get some game time against them.

“You need more time to play against guys like them because you need to get the rhythm of each and
every one of them. It was a challenge for me to do it in the first and second game.

“They are a world-class team and bowlers and it’s good to be able to get a challenge from them.”
Malan, 25, who has also played 11 Twenty20s for the Proteas, was also full of praise for Quinton de
Kock after the pair put on 132 for the opening wicket in match two.

“Quinton made it easy for me at the start and I was just trying to give him as much of the strike as
possible,” he added.

“I wanted him to let him go and do his thing. He played a couple of ridiculous shots which is a good
sign and he’s one of the best batters in the world when he gets going. So it’s good to bat with him.”
The third Betway ODI takes place at Boland Park in Paarl on Sunday, 23 January.

The series is being broadcast live on SuperSport and SABC, with live updates on the Official CSA App.