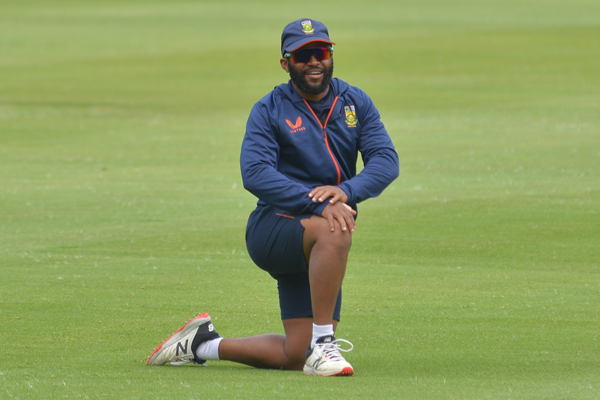 Proteas limited-overs captain Temba Bavuma is counting on momentum built during the recent
Betway Test Series victory over India to help them overcome the same opponents when the three-
match Betway One-Day International Series begins in Paarl on Wednesday.

Dean Elgar-lead South Africa edged an enthralling red-ball contest by coming from behind to win 2-1
and they are now looking towards another big series against one of the world’s top teams.

“I think momentum is a real thing,” Bavuma, who was key part of the Test series success, said. “I
think you would have seen in the first Test after going down and then managing to come back at the
Wanderers where we found some momentum how we carried that through to the whole series.

“I do think momentum is a thing. Obviously it’s a different format, different skill-set, different type
of pressure.

“But I think from a momentum and confidence point of view that’s well within the team and we’ll be
relying on that, leaning on that to help inspire the other new guys and really get us through the
challenges and the pressures we’ll be facing over the next three games.”

India has enjoyed a stronghold over the Proteas in recent times, winning the series on their last trip
to South Africa. They have also been victorious in eight out of their last 10 meetings.
“It’s obviously a strong ODI team,” said Bavuma of the tourists. “We’ll be giving them the respect
they deserve like we do for every other team.

“I’m not expecting this ODI series to be any easier. We know it’s going to be tough considering how
the Test series went. We’re preparing as well as we can for whatever challenge comes our way.”
However, Bavuma says playing against one of the top teams on the planet is huge motivation for his
charges.

“There’s always pressure but there’s no greater motivation for this group of guys, we come up
against a strong outfit in the Indian team and that inspires us to do well,” he explained. “Yes we may
not have played a lot of cricket in the last while and we may not have had the type of practices that
we would have liked as a group, but come the match we’ll have to make sure that we pitch up and
do what we need to do.”

South Africa’s only played in eight completed ODIs last year as emphasis was placed on Twenty20
International cricket in what was a 20-over World Cup year.
They lost five of those games, but will now be hoping to put that behind them as they build towards
next year’s 50-over World Cup.

“That road to 2023 for me started when I came in and started by captaincy tenure,” added Bavuma
when asked if this series felt like a new beginning. “The series means a lot for us.
“As much as there’s no points geared towards qualifying for the World Cup, every one-day game is a
step in that direction in terms of us really solidifying our game and in terms of us really getting that
confidence.

“I think if you look at our T20 game as a team, I believe we’ve made a lot of strides there and
obviously it helped that we played a lot of T20 cricket last year.
“So with one-day cricket, we accept there are areas of improvements that we need to make and this
series against India gives us that perfect opportunity against a strong outfit to really test ourselves
and see where we need to improve. And also to see the personnel are the correct ones to really go
forward with.”

The first Betway ODI takes place at Boland Park on Wednesday, 19 January.
The series is being broadcast live on SuperSport and SABC, with live updates on the Official CSA App.