RICHARDS, HENDRICKS HAVE THE LIONS PURRING ON DAY 1 AS 4-DAY SERIES RESUMES 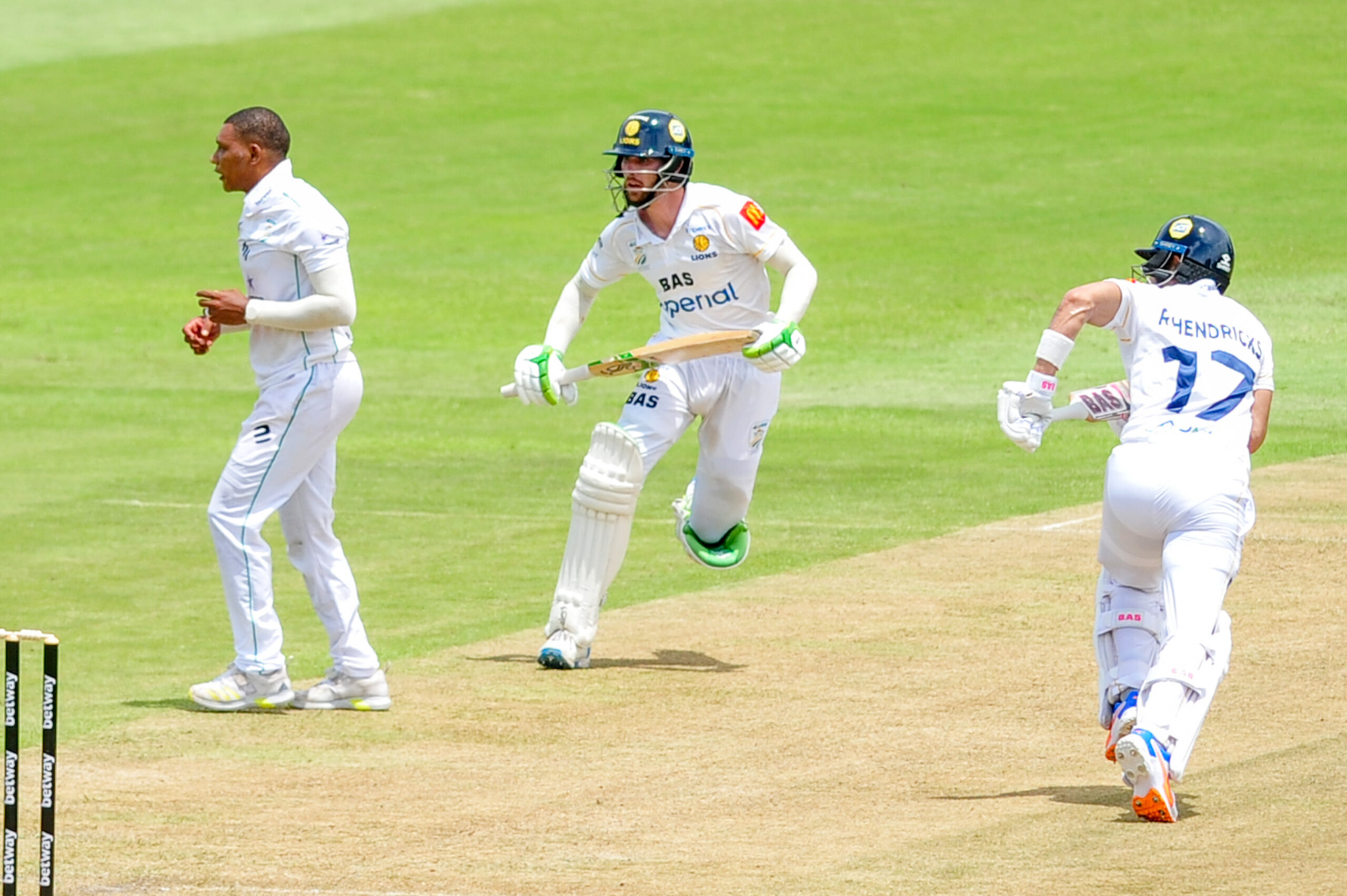 14 Jan RICHARDS, HENDRICKS HAVE THE LIONS PURRING ON DAY 1 AS 4-DAY SERIES RESUMES

JOHANNESBURG: Impressive tons from Joshua Richards and Reeza Hendricks helped the Imperial Lions pile on the runs in their first Cricket South Africa (CSA) 4-Day Domestic Series fixture of the year against the Hollywoodbets Dolphins in Durban on Thursday.

The action is streamed live on SuperSport’s YouTube page, with seven matches taking place across Divisions One and Divisions Two in the latest round of the 2021/22 campaign.

Dolphins’ Ottniel Baartman (2 / 52) claimed two of the three wickets to fall on day one at the Hollywoodbets Kingsmead Stadium, including the Lions top-scorer, Richards.

The Rocks leg-spinner picked up his 24th five-wicket haul in the format as the away side fought to restrict the hosts.

In another runs-filled match on the opening day, the Six Gun Grill Western Province outfit amassed 382 / 5 in their enthralling encounter against the ITEC Knights in Bloemfontein as David Bedingham shone with the willow, recording 161 runs, while Tony de Zorzi (97) fell three runs short of a hundred.

Meanwhile in Potchefstroom, the Momentum Multiply Titans flexed their muscles with the ball, with spinner Simon Harmer taking his 25th wicket of the season with a five-for for just 20 runs to help his team bowl out the North West Dragons for 147.

With the bat, the Titans went on to post 118 / 3 before the close of play, with Heinrich Klaasen ending the day unbeaten on 53* off 63 (8 fours) alongside Sibonelo Makhanya (33*) at the crease, just 29 runs behind.

In Division Two, the Six Gun Grill South Western Districts ended day one on 291 / 8 in their clash against the Hollywoodbets Tuskers as Blayde Capell (80) top-scored for the Western Cape side.

A 132-run partnership between Jonathan Vandiar (84*) and Aubrey Swanepoel (79*) inspired the Northern Cape Heat to a commanding 315 / 3 against the Eastern Storm, while an undefeated 113* off 142 balls (9 fours, 5 sixes) from Benjamin van Niekerk helped give the Mpumalanga Rhinos a 134-run lead over the Limpopo Impalas.