PROTEAS SET FOR BIGGEST TEST IN OVER A DECADE 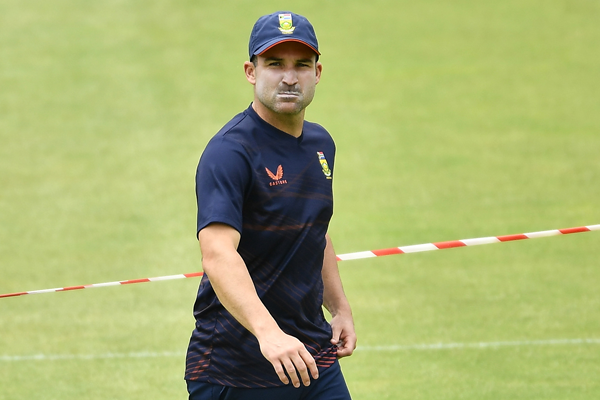 10 Jan PROTEAS SET FOR BIGGEST TEST IN OVER A DECADE

Proteas captain Dean Elgar has described the third Betway Test against India starting at Six Gun Grill
Newlands in Cape Town on Tuesday as the biggest in South Africa’s recent history as they aim to
overcome one of the best teams in the world.

After losing the opening match by 113 runs in Centurion, the hosts roared back with a seven-wicket
triumph in Johannesburg to leave the Freedom Series in the balance heading to the final game.
“I think this Test match is essentially the biggest we’ve had in 10 years, maybe 15 years,” Elgar said
ahead of the game.

South Africa have struggled for consistent form over the last few seasons as senior player
retirements, poor form and injuries have taken a toll on them. But the victory in the previous Test
has breathed new life into them and the skipper is hoping to up the ante in the Mother City.
“Test cricket’s always going to have intensity,” he said. “Me as a player, I bring the intensity as well
and it’s something you have to maintain throughout.

“I know it’s not always possible to maintain over five days, but you have to be consistent with
regards to implementing the intensity throughout.

“That’s why it’s so important to switch off when you can because when you’re switching on, you can
almost fall into that mode of knowing what intensity you need to bring.

“We saw at the Wanderers, the minute we brought the intensity, it seemed to almost fluster the
Indians quite a lot. And that can play in our favour. It will be silly of us not to try and replicate that or
bring even more intensity into the next game.”

Although Elgar did not want to get too far ahead of himself, he conceded that beating India at
Newlands this week will be one of the highlights of his career.

“It will be the biggest Test win in my playing career so far,” he said. “Obviously that comes with the
leadership and captaincy now having a bit more influence with regards to our playing group.

“From a player’s group, it would be massive for us. I think we’ve put in so much hard work these last
few months and we’ve been playing pretty good cricket up until now. We’ve just not had a lot of
things go our way. You need that sometimes, we’ve been doing everything right. We’ve been ticking
the boxes we set ourselves.

“What we did in the last Test speaks massive amounts for us leading into this Test. But we can’t look
too far ahead, the moment you do that you’re going to lose the plot.

“For us to win the series 2-1 will be huge, beating the world number one side even though it’s in
your own back yard, it’s still going to speak massive amounts for our players group and the Proteas
badge.”

The Proteas are expected to field the same XI for the clash. There will be one big moment on day
one as senior fast bowler Kagiso Rabada will win his 50 th Test cap for South Africa.

Aged 26, the paceman continues to marvel and break all sorts of records during his journey as a Test
cricketer.

“KG’s been brilliant for the Proteas badge,” he added. “He’s come of age in the last few years, I
mean playing 50 Tests for your country is massive.

“I think when KG started, he was extremely raw, and he had express pace. He’s a huge influence on
our player group both on and off the field.

“So I’m extremely excited and happy for KG. It’s happened so quickly and he’s still only 26. He still
has so much more to offer us from a Test point of view and long may he continue for us.”

The series is being broadcast live on SuperSport and SABC, with live updates on the Official CSA App.