A MESSAGE FROM THE CAPTAIN: NO NEED FOR PROTEAS TO PANIC 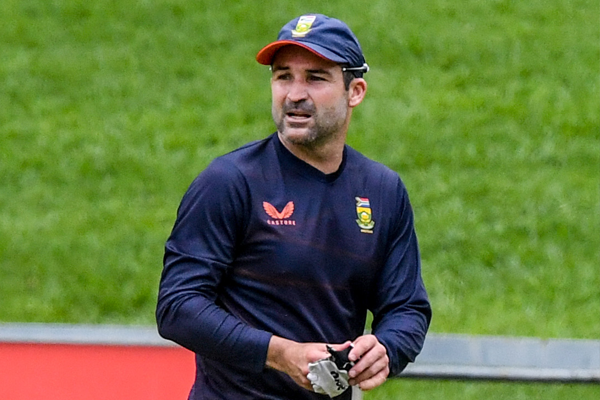 02 Jan A MESSAGE FROM THE CAPTAIN: NO NEED FOR PROTEAS TO PANIC

Proteas captain Dean Elgar has complete faith in his team and is confident that South Africa can bounce back and draw level in the Freedom Series when they face India in the second Betway Test starting at Imperial Wanderers in Johannesburgon Monday.

The hosts lost the opening match by 113 runs at SuperSport Park in Centurion where their batting proved to be a major disappointment, but they are now aiming to right the wrongs of that match, which was their first piece of red-ball action for over six months.

There was some rust in the system too as the South Africans failed to score more than 200 in both their innings. However, they will be aiming for a far better outcome at the ‘Bullring’.

“We’ve had a few very good conversations since the first Test finished,” Elgar said ahead of the game. “The message that we’ve come out with is we don’t need to panic as a unit.

“I still think we’ve got a lot of capable players within the side even if some of them are quite inexperienced, but they also have to take the responsibility. One or two poor innings with the bat does not make them bad cricketers and backing them is an extremely important thing going forward in Test cricket. That’s how you build and grow your Test team.

“With the ball there’s areas to improve on as well and we know we can get better in the second Test. We just need to break things up, go back to basics and work harder when it comes to execution.”

India has never lost a Test at the Wanderers where their five visits have yielded three draws and two wins. This time, though, the South Africans will know that they will have to win in order to keep their prospects of victory in the series alive.

The pitch itself at the famous stadium has usually been bowler-friendly, but Elgar is expecting a better surface for his batsman this time around. Either way, the skipper knows they have to stand up to the Indian attack.

“I think the surface will play a lot better than it has in recent times,” Elgar stated. “They have a new groundsman now in Evan (Flint) and I think he’s been trying to make it more batting friendly or a little bit more of a better cricket wicket that creates better Test cricket.

“But irrespective of how the wicket plays, us as batsmen we have to put our hands up. We have to take more ownership and responsibility of the positions we’ve been given. Hopefully it works that way.

“We’ve been echoing a lot of positivity within the group and one or two innings’ doesn’t make a player a bad cricketer. You’re only one knock away from being in form and there’s plenty of positives to take into the second Test.”

The Proteas will have one enforced change for the game after the retirement of Quinton de Kock from Test cricket, who was in any event unavailable due to the impending birth of his first child.

Kyle Verreynne will start behind the stumps, but a final decision over the starting XI has not yet been made.

“We have been chatting around the possibility of changes,” Elgar added. “Obviously Kyle Verreynne comes in for Quinny, which was already something we were aware of and we’d planned around.

“We haven’t yet made up our minds just yet about what other changes there may be.”

The second Betway Test takes place from 03-07 January at Imperial Wanderers in Johannesburg.