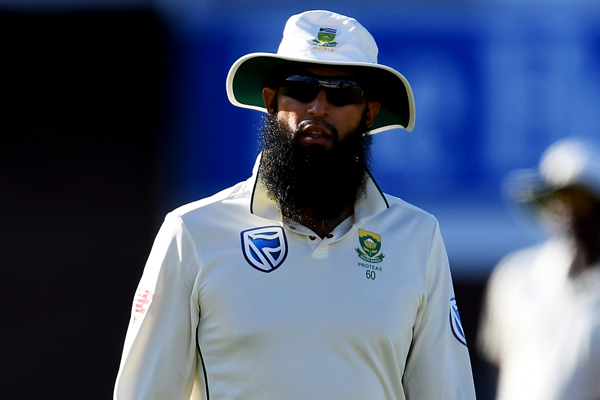 The Proteas have it all to do after a difficult return to Test cricket this past week when they went down to India by 113 runs in the first Betway Test at SuperSport Park in Centurion.

The three-match Freedom Series is their first taste of red-ball cricket for six months following their mid-year tour to the West Indies.

And they found it difficult to start with on day one when they allowed India to score an imposing 272 for three on the opening day when KL Rahul (123) and Mayank Agarwal (60) lead the way.

Although South Africa did fight back with the ball – they eventually bowled India out for 327 in their first innings – it was their batting that was the biggest disappointment as they could only manage scores of 197 and 191 in their two innings, scores that eventually lead to a first-ever Test loss to India at Centurion.

Former Proteas batsman Hashim Amla, a man with more than 9000 Test runs for his country, believes the outcome of the first Test was a justified one.

“It was a fair result,” he said. “Centurion is notorious for becoming more difficult to bat as the days progress.

“So once India won the toss, batted and scored in excess of 300 it was game on for the Protea batters to match that score at the very least.

“Being 130 runs behind is what really hurt them, and it ended up being the difference.”

South Africa’s bowling attack was without one of their premier pacemen in Anrich Nortje after he was ruled out of the series due to injury.

But Amla felt the bowlers fought back well after that tough opening day.

“Day one, the pitch looked best for batting and credit to the Indians for playing disciplined cricket,” he continued. “It’s obvious when teams come to SA that their batsman talk about leaving well outside off stump and that’s probably were the Proteas let themselves down.

“Not challenging the defence enough. That was day one, but on day two, though, they did extremely well to restrict the Indians to 327. They could have got to 400 plus.”

Amla, a legend of South African cricket having played in 124 Test matches, said he was hardly surprised by how well the Indians bowled in the match.

“They have been a strong unit over the last two years or so,” he explained. “They have more experience collectively and it always makes a huge difference when you have runs on the board to back you up.”

Apart from the way the bowlers fought back, Amla said he enjoyed watching one Proteas batsman in particular.

“The bowlers all had their moments. Lungi (Ngidi), KG (Kagiso Rabada) and the youngster (Marco) Jansen stand out of course,” he says. “However, in a relatively low scoring match I enjoyed watching Temba Bavuma. He always looks like he has time and seldom troubled.”

Looking ahead to the next Test match, Amla acknowledges there is work to do for the South Africans, although he still believes they can bounce back and defend their proud record of having never lost a home series to India.

“There’s certainly a way back but it’s going to take laser-like focus for extended periods and a touch a fortune,” he added.

“Our two best batters in the middle are Temba and Quinton (de Kock). Now that Quinton has opted out of Test cricket, this cripples the batting line-up further and really, now more than ever, it makes it imperative for Temba to bat higher.”

“Be it three or four, allow him time to play a solidifying role as opposed to a recovery one.

“(Captain) Dean (Elgar) and Aiden (Markram) are class players with a pedigree for hundreds and if they get momentum, it would certainly ease the nerves and give much needed confidence for the younger guys.”

The second Betway Test takes place from 03-07 January at Imperial Wanderers in Johannesburg.