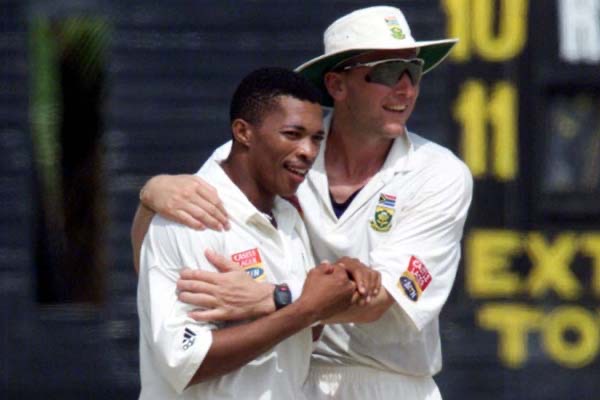 It is one of the biggest battles in world cricket, one of the most appealing to the global audience and over the years has produced some of the most scintillating Test match action witnessed.

The Proteas against India is once again upon us with the firstBetway Test set for SuperSport Park in Centurion from 26-30 December.

Both teams have now checked in, entering a bio-secure environment (BSE) – conditions forced up them due to the ongoing Covid-19 pandemic – and are busy readying themselves for that crucial opening clash of the three-match Freedom Series.

So how will the series between Dean Elgar’s Proteas and the Virat Kohli-led visitors pan out?

Former South Africa fast bowlers Makhaya Ntini and Allan Donald have pinpointed two factors that could make all the difference.

“India have a very good bowling attack this time around, but the Proteas know the South African conditions better,” Ntini, who featured in the 2001 and 2006/07 home series’ against India, said. “This for me will be key.

“We have to back ourselves because we have that home advantage. Our players know the wickets very well and that will give us the edge.”

For Donald, the way the Proteas’ young batting line-up performs will be critical. The ex-speedster was a central figure in the 1992/93 series against the Indians and also played against the tourists on home soil in 1996/97.

“Both teams line up really well, both have strong bowling line-ups and that will mean the batting on both sides will be tested,” he said. “Our batting has lost some key players in the last couple of seasons. There’s no hiding from the fact that it’s a young line-up and they will be tested by the Indian attack.

“For me that is where the series will be decided. In the last few seasons, we haven’t scored enough runs and that will be the challenge. If we can put the runs on the board, we undoubtedly have the bowlers who can take 20 wickets. There is a really good balance to our attack, and it will be interesting to watch.”

Donald, who played 72 Tests for South Africa taking 330 wickets, says he is looking forward to the series and expects a strong challenge from the visitors.

“There is no doubt this is one of the marquee series in the world game and we can look forward to an incredible battle over the summer,” he added.

“Kohli’s comments a few years ago were that you’ll never be classed as a great side if you don’t win away from home and that has been something he really worked towards. You saw them win in Australia and also reach the WTC (World Test Championship) Final.

“This is a quality Indian team that is here. I’m looking forward to it.”

Ntini, meanwhile, is equally excited by the tour. India have never won a Test series in South Africa and the former fast bowler – a man who played 101 Tests and claimed 390 wickets – is not expecting them to win this time either.

“There’s nothing better than playing at home in familiar surroundings, especially against a very good India team,” he stated.

“We have the likes of (captain) Dean Elgar and Temba Bavuma, who have the ability to dig in and score big runs and I also like the way that Rassie (van der Dussen) has come in and grown in that team. Then we also have a guy like Quinny (de Kock), who we know will not hold back. He will play his natural game

“Then when it comes to our bowling attack, we have a settled unit and one that can definitely put India under pressure. We still have that stranglehold over them because they’ve never won here and I don’t think that will change. It will mean a lot if we can win, but I’m hoping to see some good cricket.”

The series will be broadcast live on SuperSport and SABC, with live updates on the Official CSA App.