ELGAR: OUR BATSMEN HAVE A BIG OPPORTUNITY 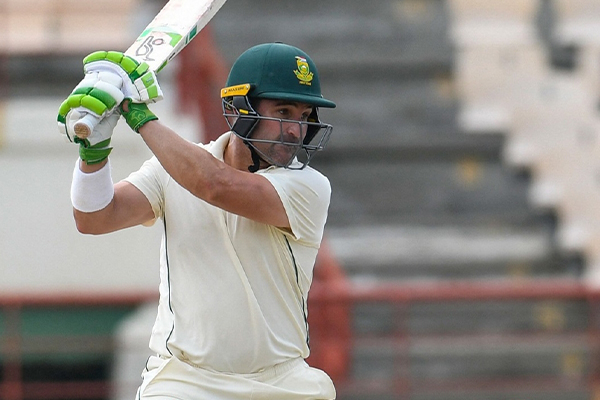 22 Dec ELGAR: OUR BATSMEN HAVE A BIG OPPORTUNITY

Dean Elgar believes that opportunities beckon for his young Proteas team as they prepare themselves for one of the biggest battles in world cricket – a three-match Freedom Series against India.

South Africa are currently preparing for the first Betway Test set for SuperSport Park in Centurion from 26-30 December.

It is one of the biggest series they will play in the second edition of the ICC World Test Championship (WTC) and Elgar admits it is an opportunity for some of his young players, especially the batsmen, to establish themselves in the starting XI following the string of retirements that has beset the team in the last two seasons.

“It’s something that we’re aware of that we lack experience in our line-up but for me it’s an opportunity-based line-up,” Elgar said on Tuesday. “Guys are going to get opportunities to play and they need to best prepare for that Indian line-up

“It’s a message I’ve been sending through to our guys for the last few months, opportunities are there, and guys need to make those positions their own. If they don’t, then there’s other guys waiting in line

“It’s always going to be tough facing the best side in the world, they’ve got a very good bowling line-up and we’re aware of that. But opportunities is the one word that screams out for me to our players.”

Over the weekend, both teams checked into a bio-secure environment (BSE) – conditions forced up them due to the ongoing Covid-19 pandemic – and are busy readying themselves for the crucial opening clash.

The hosts suffered a blow earlier on Tuesday when Anrich Nortje was ruled out of the series due to a persistent injury.

But Elgar was optimistic they had a strong enough squad to cope without one of their leading fast bowlers.

“We’ve had three really good days of preparation here in Jo’burg,” he said. “It’s not ideal due to the Covid-19 situation and the injuries that some players have not had a lot of game time.

“There’s been a few setbacks, but we’re a professional outfit, we play professional cricket and we’re going to play against the best team in the world. We have no excuses to leave any stone unturned.

“We can’t let the setbacks hold us back for what is going to be a very good series.”

Elgar was the leading batsman for the Proteas the last time India toured the country in 2018 and his desire to lead from the front continues to burn strongly.

“I always want to lead, it doesn’t matter who’s in my team,” he explained. “I like to lead from the front with the bat, so I know scoring runs is a massive role for me in the team, let alone being the leader.

“It’s my responsibility and hopefully I can continue scoring runs against India.”

There was also the news on Monday that due to the current pandemic, no fans will be allowed to enter the stadiums. It means a second successive summer of the Proteas playing in empty stadiums and Elgar conceded that the supporters will be missed.

“It is disappointing if I’m being brutally honest,” he added. “I think as South African players we are deprived of playing in front of a crowd. It’s frustrating for us the players and I’m sure it is for the public as well. Even though it would have been 2000 fans, it would still have been better than nothing. So, I am disappointed.

The series will be broadcast live on SuperSport and SABC, with live updates on the Official CSA Ap