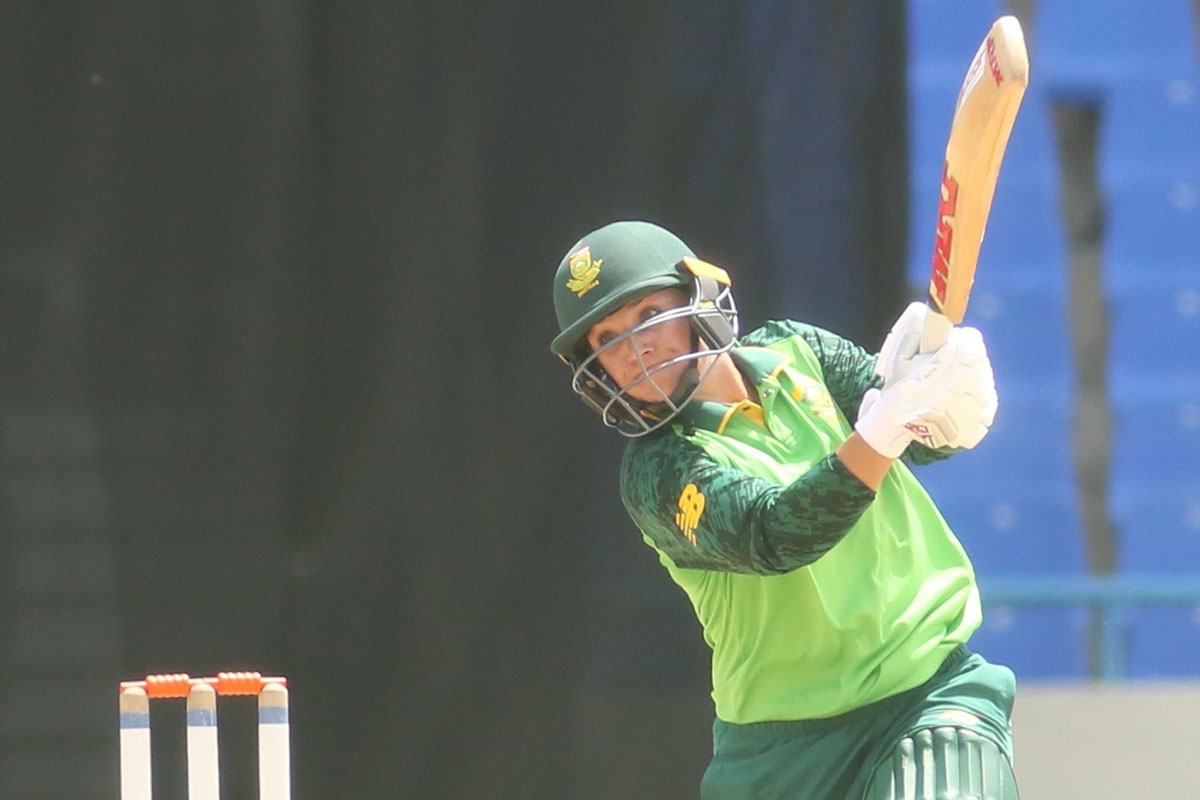 St Johns, Antigua: A Half century by Mignon du Preez was enough as a much-changed Momentum Proteas won by 35-runs to defeat West Indies Women in their fourth Women’s One-Day International match at Sir Viv Richards stadium on Thursday.

There was an impressive three-wicket haul from captain Dane Van Niekerk (3/23) – as her efforts were well supported by Masabata Klaas (2/25) as Hilton Moreeng’s charges clinched a result that extended the series lead to a 4-0 score line in the five-match sequence.

In a relatively low scoring affair, West Indies Women won the toss and opted to bowl first, and the decision proved worthy as most of their bowlers got the early wickets as the visitors managed 185 for six, which was led by Mignon du Preez sixteenth half-century after she made 65 (91 balls, 5 fours). The other notable batters for the Proteas Women’s innings came from Tazmin Bits and Sinalo Jafta who contributed 30 (56) and 28* (46) respectively.

The hosts in their chase did not offer much resistance as they lost wickets at key stages of their innings. Following the wickets of the home side’s top order,  the fourth-wicket stand of Rashada Williams and Kycia Knight did their best to keep The Windies in the hunt with a 41-runs stand, but once they fell the visitors closed out victory as they restricted the hosts to 150/9, and subsequently won the fourth WODI series with one game to go.

The last match of the Proteas Tour to the Caribbean will be played on Friday at the same venue.

Cricket South Africa (CSA), an affiliate of the South African Sports Confederation and Olympic Committee (SASCOC) and a full member of the International Cricket Council (ICC), is the national governing body for the sport of cricket in South Africa and administers all aspects of South African cricket, men and women, both in the professional and amateur spheres