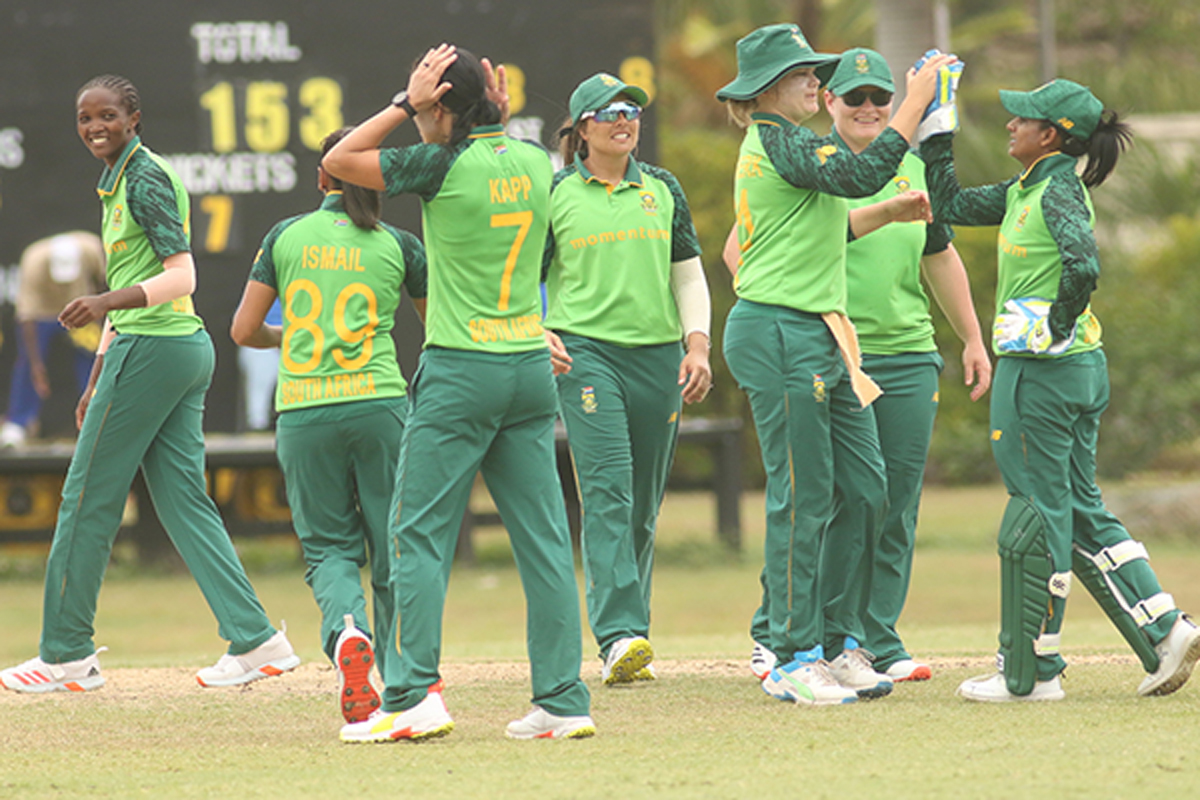 St Johns, Antigua: The Momentum Proteas secured their first series win in the Caribbean when they chased down 157 with 13.2 overs to spare to complete a 8-wickets win over the West Indies Women to take an unassailable 3-0 lead and win the five match Women’s One-Day International series with a brilliant performance on Monday at St Johns in Antigua.

Winning the toss and electing to field, the opening bowling duo of Mazrinne Kapp and Shabnim Ismail applied the necessary compression and were rewarded with a wicket each when they had openers, Hayley Matthews (2) and Chedean Nation (1) back in the dugout inside five overs.

Speedster, Ismail was the pick of the bowlers for the Proteas as she picked up (3/31) as The Windies batters were no match for her rapid bowling.

Ismail struck early in her spell starting with Matthews (11) who was brilliantly caught and bowled by the South African starlet in the third over. Kapp joined in on the action as she continued her impressive streak on this tour with the wicket of Chedean Nation (6) who was caught at slip by Dane Van Niekerk. The two early sculps interrupted the hosts’ innings temporarily as they were winding on nine for two inside the powerplay.

Notwithstanding the 77-run partnership between Rashada Williams (37 off 79) and Deandra Dottin (71 off 123) the hosts did not offer much in the innings as wickets continued to tumble with a combination of some fine bowling and fielding from the Proteas Women to bowl them out for 157.

and Laura Wolvaardt 52 (68) who were in their usual destructive mode in the run chase at the Coolidge Cricket Ground.

The duo were in no mood to waste any time as Wolvaardt brought up her 21st half-century and Lee shortly followed suite with her 22nd fifty. They made the visitors pay putting on 122-runs partnership, their seventh century stand between the pair. Despite a couple of wickets falling towards the latter stages, the opening pair had done enough to lead the visitors to a comfortable series win.

The two sides will be back in action on Thursday where the game will be played at the Sir Viv Richards stadium.

Cricket South Africa (CSA), an affiliate of the South African Sports Confederation and Olympic Committee (SASCOC) and a full member of the International Cricket Council (ICC), is the national governing body for the sport of cricket in South Africa and administers all aspects of South African cricket, men and women, both in the professional and amateur spheres