It is our goal to start the T20 series well – Ismail 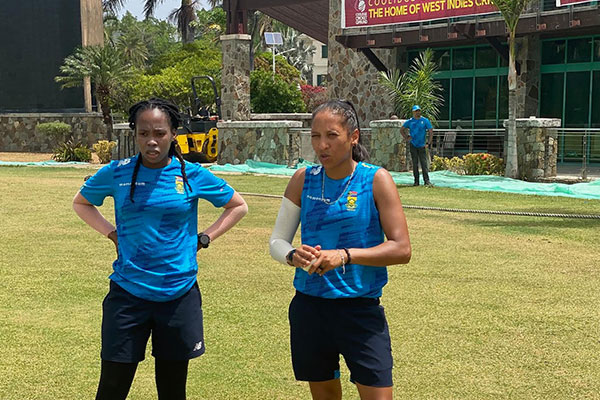 Shabnim Ismail, the Proteas bowling spearhead, who was instrumental in the series wins over Pakistan and India Women early this year has emphasized the importance of starting the T20 series against the Windies on a positive note.

The South African Women, who have been in the Caribbean for a week now, had the opportunity to acclimatize to the conditions with a middle session. They have been hard at work gearing up for the opener of the three-match WT20 series which starts tomorrow at 20h00 CAT.

Ismail, who is coming off a successful stint in the UK playing in The Hundred tournament, is confident that the team has prepared well for the series.

“The preparations have gone really well for us, especially since our arrival here in Antigua,” says Ismail.

“Yesterday we had a good middle session that gave us an indication as to how the pitches here will play and we came through that test well. Hopefully we can come into the T20 series and start well. It is always our goal as a team that we start on a good note because it is a short series, and we can get some confidence going into the ODI series that follows.”

The first WT20 will be played at the iconic Sir Viv Richards grounds, the venue where the hosts have had a successful series wins over Pakistan Women and will look to defend their home turf against a high in confidence Proteas outfit.

Having had a look at the pitch in yesterday’s training session, Ismail feels that it will be a tough batting wicket, however she is backing her batters to adjust to these conditions.

“I saw the pitch yesterday and it looks like a good wicket that will offer a lot for our bowlers if we get our lengths right. Bowlers always have a role to play in T20 cricket and hopefully we can capitalize on that. Our batters have done well lately and I definitely see them adjusting well to these slow wickets we are expecting.” she added.