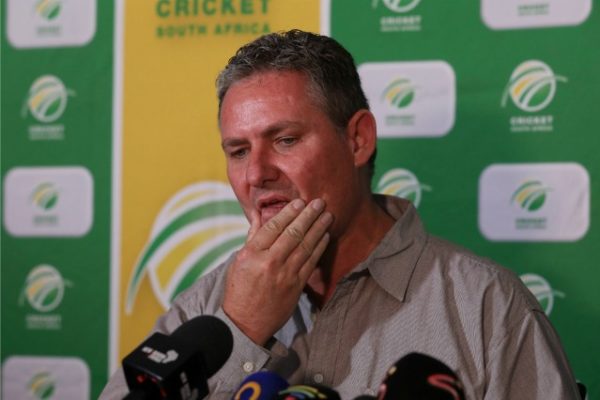 Cricket South Africa (CSA) Acting Chief Executive Dr. Jacques Faul has expressed his concern about the numerous leaks of confidential information that have been published in the media in recent weeks, adding that their origin will be investigated.

“We fully acknowledge – and appreciate – that there is massive public interest in the sport of cricket, but we need to be mindful that the detail of Board meetings, employment contracts, and correspondence within the company is confidential information, as it would be in any other company,” he explains.

“We are concerned that information is being leaked to members of the media who are being drawn into agendas to manipulate public perception, and to destabilise and damage Cricket South Africa.

Faul added that CSA will investigate the origins and causes of these leaks, to protect the integrity of the organisation.

“Cricket South Africa is committed to adhering to governance requirements, which include respecting and guarding the privacy and confidentiality of its employees, contractors, and that includes people that have unsuccessfully applied for positions within the organisation,” Faul adds.

“Cricket South Africa condemns anyone who leaks incomplete or inaccurate information to the media in the furtherance of their own interests, at a time when Cricket South Africa should be focused on addressing the impact of COVID 19 on the game of cricket and pressing matters raised by players within the Black Lives Matter context – and not on disruptive agendas.

“People who indulge in this sort of behaviour are not only putting their own jobs at risk but also those of the more than 1000 people employed by cricket clubs and franchises across the country, as well as the many thousands of others that work in the cricket industry,” he concludes.