Titans and Cobras draw at Centurion 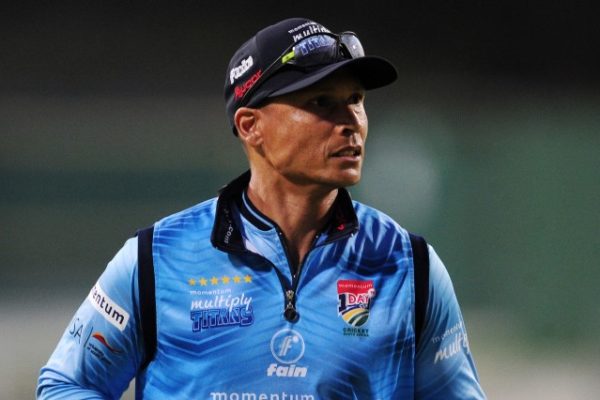 14 May Titans and Cobras draw at Centurion

Posted at 13:46h in Cape Cobras, Domestic, Titans by admin@csa

A century stand between Peter Malan and Jonathan Bird ensured the Six Gun Grill Cape Cobras batted out the final day of their 4-Day Domestic Series encounter against the Momentum Multipy Titans without much drama as the two sides drew in Centurion on Thursday.

Proteas opener Malan scored the only half-century of the innings finishing with 57 (142 balls, 8 fours), while Bird posted 47 to help the visitors reach 207 for five before the two captains shook hands.

At that stage, the Cobras were 178 runs ahead but with no chance of a result after the two sides had cancelled each other out over the course of the game at SuperSport Park.

The Cape side, who made 411 in the first innings followed by the Titans posting 440, started the final morning on 33 for none.

Malan and Bird took that score to 100, before the latter fell to Lizaad Williams (1/46).

Skipper Zubayr Hamza (26) was next in an added 46 alongside Malan until the partnership was ended by Neil Brand (1/20).

Proteas opener Malan followed shortly after when he was run out by Thando Ntini following another solid showing that came on the back of his century earlier in the game.

Ntini (2/26) then grabbed two wickets, but Tony de Zorzi (31) and Brendon Louw (11) batted out the final hour that brought with it the end of the game.

The result kept the Titans top of their pool, while the Cobras leapfrogged the Warriors into second.