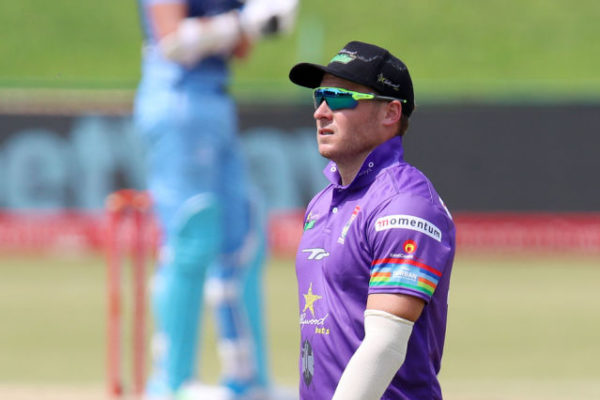 13 May CSA T20 Challenge set for blast-off in Durban

Posted at 16:43h in CSA News, Domestic by admin@csa

DURBAN: The 2020/21 edition of the Cricket South Africa (CSA) T20 Challenge blasts off with a double-header in Durban on Friday with all six coaches confident of their prospects at Hollywoodbets Kingsmead Stadium where the country’s finest cricketers will all be on show.

The Momentum Multiply Titans and VKB Knights get the action underway when they face each other in the opening fixture at 10h00, followed by the Hollywoodbets Dolphins against the Six Gun Grill Cape Cobras at 14h30.

The tournament will comprise of 17 matches in total, with each team playing the other once, before the franchise with the most points then automatically securing a place in the final on Sunday, 28 February. The teams that ended second and third will play a qualifier a day earlier to determine who will feature in the deciding game.

The entire competition is being played with a bio-secure environment (BSE) in the coastal city.

Adding to the intrigue, and quality, is the fact that that all the Proteas are also available for their respective teams, meaning the likes of Kagiso Rabada, Anrich Nortje, David Miller, Aiden Markram, Tabraiz Shamsi, Lungi Ngidi, Keshav Maharaj and Heinrich Klaasen will all be in action in the coming days.

With the ICC Men’s T20 World Cup scheduled to take place in India later this year, the tournament also offers a chance for players to throw their names into the hat.

The international shop window is also open as the tournament will not only be beamed on SuperSport this year, but it will also be fed to multiple global networks such as Star India, Fox Sports (Australia) and Willow TV (North America), who have acquired the broadcast rights.

As for the coaches, they are all looking ahead with anticipation to the tournament.

“The bubble has been good so far; the boys are still trying to acclimatise with everything that is happening inside. But we cannot be worried about that stuff too much, we need to just knuckle down and stay focussed on what we need to do from a cricket point of view and also appreciate the fact that we’re getting a chance to play cricket. We are obviously getting the national players involved and we as coaches are trying to make sure we get them fit for Friday. But it has been good, plans are coming into play as to how the boys are going to go about things and we can’t wait to begin. The schedule is the same for everyone, you just have to make sure you take it game-by-game, be in the right mindset and try to win the trophy.”

“All the teams are now inside the bubble and everyone has tested negative. It is great to see all the internationals here back from Pakistan. The decision for them to play has to be commended and it just makes the tournament even more spicier and adds a great deal of strength to the event. Life in the bubble is no joke, you go to train, you go to your room and you go to eat, that is it, it is routine. But the organisation is great, and CSA has put together a tight and accurate bubble where the guys know the consequences for overstepping. Things are run well and that’s all we can ask for, just to get cricket on the field. We’re just looking forward to playing on Friday, we can’t wait and it’s going to be a heck of a competition.”

“I think it’s going to be a nice, exciting tournament, obviously having the internationals available is great for domestic cricket and we’re looking forward to it. The guys played really good 50-over cricket a few weeks ago and that allowed for us to win the trophy back-to-back, which is a brilliant achievement. But this is a new competition, a new format and we’re going to have to play with good intensity and effort to try and emulate what we did in Potchefstroom.”

“Overall, it has been good and we’re looking forward to the competition. It is nice that most of the players are going to be available to play. So it’s something to look forward to for everyone, the players, the coaches and the fans. Obviously being a World Cup year, the players will have more eyes on them and this is a wonderful place to show what they are capable of. We did reach the Momentum One-Day Cup semi-final in Potchesfstroom and did well in most of that game as well, so we are looking to have another good run in this competition. Momentum will obviously be key, so you want to get some early wins under the belt to create momentum.”

“The bubble has been quite relaxed and quite nice in fact and now we can’t wait to start. It is going to be a good tournament, there’s a lot of good players around, the Proteas are back to add a little bit of spice to it, so I think it’s going to be fun. It’s an opportunity for players to express themselves. It’s been a long season with Covid-19 and a lot hanging over the players. I think the T20 format provides that opportunity to let their hair down and express themselves, something they haven’t had the opportunity to do due to the limited cricket that has been played. I like the vibe of the bubble because the cricket community is quite a small one and having everyone in one place, it creates that camaraderie, which is much needed at the moment, so I’m quite enjoying it.”

“We’ve gradually been setting up and building towards the start. Preparation has been good so far and it is good to have all the Proteas come in. We’ve been very focused on what needs to be done and everyone is just very keen now to begin the competition. We’re definitely going to take some confidence from the way we played the Momentum One-Day Cup. I know we were the champions the last time this competition was played, but that was in 2019. We’re nearly two years on from that now and the dynamics have changed. We need to play well again like we did then, but we’re confident and determined to do well.”