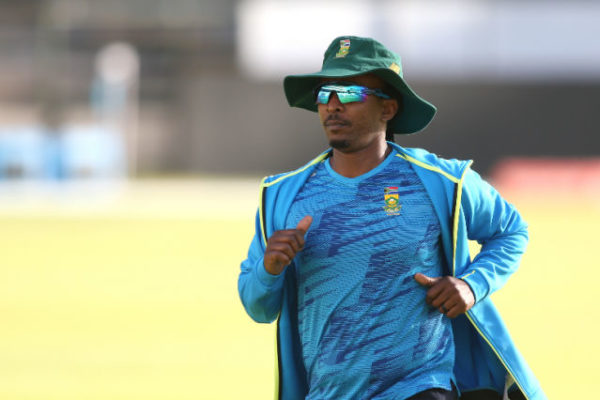 WINDHOEK: A big performance with the bat ensured Namibia won the decisive third match of the Twenty20 series against the South Africa Emerging Men’s team to clinch a comfortable 91-run victory at the Wanderers in Windhoek on Sunday.

The visitors fell into trouble early in the reply and never recovered, they were eventually bowled out for 139 in 16.2 overs.

The result handed the Namibians a 2-1 series victory, with the one-day leg of the tour set to begin on Tuesday.

The final match was undoubtedly set up by their exceptional performance with the bat. Opener Green led the way by putting on 59 for the first wicket alongside Jan Nicol Loftie-Eaton (12) in just over six overs.

Another 59 between Kotze and captain Erasmus followed for the third wicket with Smit, who scored a bludgeoning century to level the series the day before, and Frylinck then providing a booming finish.

By the time they finished, the home side clubbed 15 sixes in total. Jason Smith ended as the pick of the bowlers with two for 43.

South Africa lost six for 59 at the start, which all but ended their chances before the 10th over was done.

Smith (35) and Dayyaan Galiem (34) tried their best to attack, but their 54-run partnership hardly threatened the target.

This website uses cookies to improve your experience while you navigate through the website. Out of these, the cookies that are categorized as necessary are stored on your browser as they are essential for the working of basic functionalities of the website. We also use third-party cookies that help us analyze and understand how you use this website. These cookies will be stored in your browser only with your consent. You also have the option to opt-out of these cookies. But opting out of some of these cookies may affect your browsing experience.
Necessary Always Enabled

Performance cookies are used to understand and analyze the key performance indexes of the website which helps in delivering a better user experience for the visitors.

Analytical cookies are used to understand how visitors interact with the website. These cookies help provide information on metrics the number of visitors, bounce rate, traffic source, etc.

Advertisement cookies are used to provide visitors with relevant ads and marketing campaigns. These cookies track visitors across websites and collect information to provide customized ads.

Other uncategorized cookies are those that are being analyzed and have not been classified into a category as yet.