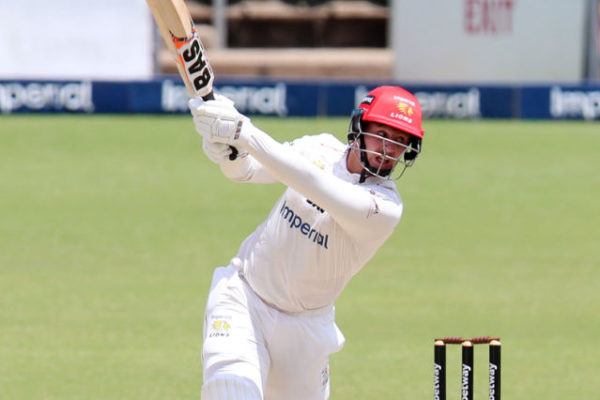 WINDHOEK: A sizzling 57-run unbroken partnership between Jason Smith and Delano Potgieter helped the South Africa Emerging Men’s team make a winning start to their tour of Namibia with a five-wicket victory over the home national team in Windhoek on Friday.

Chasing a testing 168 at the Wanderers, the visitors slipped into trouble at 102 for five in the 15th over.

But Smith blasted 48* off 26 balls and Potgieter thumped 26 off 10 deliveries in a partnership of just 4.4 overs – to help their side win with eight deliveries to spare.

It ended an entertaining first outing for Malibongwe Maketa’s charges as their trip finally got going inside a Bio-Secure Environment (BSE) in the capital.

After winning the toss and bowling first, the South Africans failed to hit their straps – opener Craig Williams top-scoring for the Namibians with 56 off 54 balls (5 fours, 2 sixes).

There was also an important 37* off 20 balls by Jan Nicol Loftie-Eaton lower down the order that propelled the home side to a strong total.

The visitors slipped into early trouble during the reply after Grant Roelofsen (5), Kabelo Sekhukhune (8) and Matthew Breetzke (17) fell inside the powerplay overs with just 45 on the board.

Sinethemba Qeshile (40 off 29 balls), along with Wandile Makwetu (20), provided some momentum to the chase, although both then fell just after the 100 was raised.

That left South Africa precariously placed, but Smith clubbed three sixes and Potgieter slammed two – the pair also managed four other boundaries – to launch their side to what turned out to be a comfortable win.