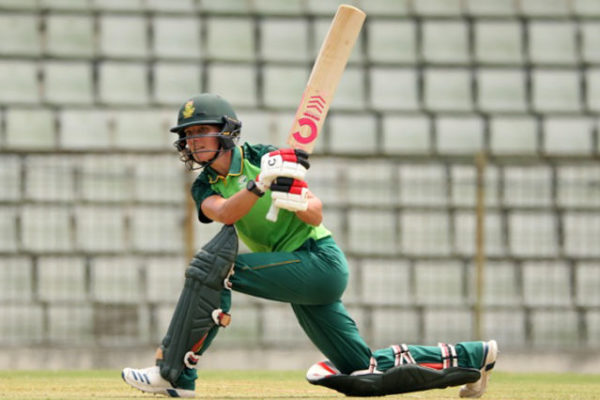 SYLHET: A century by Nigar Sultana condemned South Africa to a fourth consecutive loss against their counterparts from Bangladesh in the latest outing of their One-Day International Emerging Women series in Sylhet on Sunday.

For the visitors, their main positive was Anneke Bosch after she recorded an excellent half century, positing 63 off 81 balls, which included six fours and a six at the Sylhet International Cricket Stadium.

However, she lacked support in an otherwise poor showing with the bat that enabled Bangladesh to go 4-0 up in the five-match series, with the final match of the tour to come on Tuesday.

Skipper Sultana was integral for the home side after they won the toss and batted. The right-hander put on 82 for the second wicket with Murshida Khatun (41) and then added 97 alongside Sobhana Mushtari (45) for wicket number four.

That allowed for the Bangladeshis to set a 237 target. Micheala Andrews (1/19), Nonkululeko Baneti (1/29) and Leah Jones (1/40) all finished with a wicket each for the South Africans.

However, as they had done in most of the previous games, the visitors’ batting again buckled as they fell to 63 for five midway through their innings.

Bosch at least helped restore some respectability to the scoreline with her innings, which followed relatively good scores of 29, 42 and 16 in the other matches of the tour when her side failed to fire with the bat.