Proteas going for gold in the KFC T20I Series. 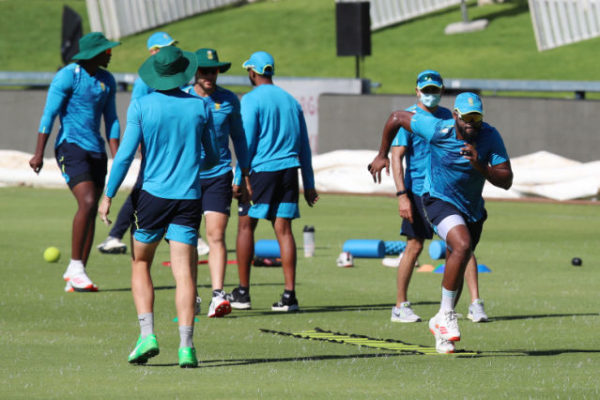 09 Apr Proteas going for gold in the KFC T20I Series.

JOHANNESBURG: COVID-19 protocols will force fans to be absent from the Imperial Wanderers Stadium and SuperSport Park during the four-match KFC T20 International series between Pakistan and the Proteas that runs from tomorrow until next Friday, but they will have every chance to participate in the KFC Golden Bucket campaign that runs until the end of June where KFC fans stand the chance to win up to R50 million in real gold.

A gold medal is something every athlete strives for whether it is at the Olympic Games or one of the various World Cups that the different codes have on offer which is what makes gold synonymous with sport.

The recently launched campaign is a celebration of KFC’s 50 years in Mzansi and at the same time a massive thank you to all the people who have supported them over this time.

And the action on the field will be just as glittering. Pakistan have been renowned for the flair and inventiveness they have always brought to their cricket, particularly in the T20 format, ever since they reached the final of the inaugural ICC T20 World Cup which was held in South Africa back in 2007. Nobody has personified it better than the world famous and appropriately named Shahid ‘Boom Boom’ Afridi.

And this legacy is carried on by their current stars such as Fakhar Zaman, Babar Azam and Shaheen Shah Afridi.

The Proteas may be shorn of their IPL stars, but the brand will be carried forward by a new generation of stars such as Janneman Malan, Kyle Verreynne, Lutho Sipamla, Bjorn Fortuin and Lizaad Williams.

“KFC have been wonderful friends and supporters of South African cricket for more than a decade,” commented Cricket South Africa (CSA) Acting Chief Executive Pholetsi Moseki. “Although their support is best known through the high-profile KFC T20 International matches involving the Proteas, they also make an invaluable contribution at grassroots level through the KFC mini-cricket programme which is undoubtedly the most famous and heart-warming project of this type to be found anywhere in the world.

“We thank them for everything they have done for our stars both of today and tomorrow and the role they are playing in fulfilling our dual vision of excellence and making the game accessible to all,” concluded Mr. Moseki.

“KFC has always been about creating the ultimate fan experience for our fans during T20 Internationals. Despite not being able to attend live matches at this time, we are delighted to once again be able to witness this thrill-a-minute format on our shores,” says General Manager: KFC RoSSA and Chief Marketing Officer of KFC Africa, Dhruv Kaul.

“The hugely anticipated four-match KFC T20 International Series between the Proteas and Pakistan will also give us a unique opportunity to celebrate 50 years of sharing our famous Original Recipe with South Africa. We would like to thank our loyal supporters, including cricket fans for being with us for the long innings. While the Proteas will be going for gold on the field, fans can begin their own golden hunt and stand the chance to win up to R50 million in real gold” Kaul added.

For more information on how to enter, visit https://order.kfc.co.za/turns50.