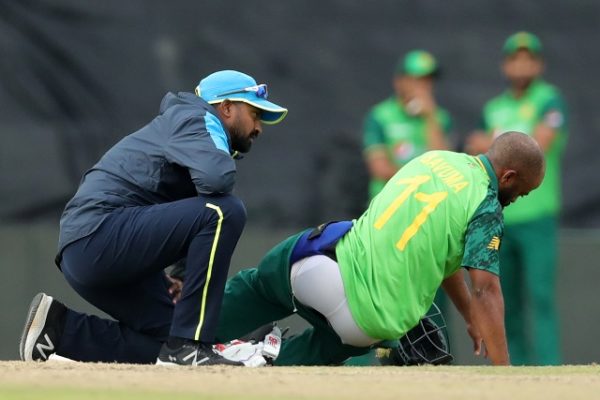 Proteas white-ball captain, Temba Bavuma has been ruled out of the upcoming four-match KFC T20 international series against Pakistan after suffering a Grade One hamstring strain.

The injury took place during the third and final Betway ODI on Wednesday.

Heinrich Klaasen will lead the Proteas for the purposes of the series.

Reeza Hendricks has withdrawn from the series after the very recent birth of he and his wife’s first-born child.

Dwaine Pretorius has not been medically cleared to take part in the series as he continues rehabilitation from a rib fracture.

The following players have been retained from the ODI squad: Aiden Markram, Andile Phehlukwayo, Daryn Dupavillon and Wiaan Mulder.

The updated Proteas T20 squad is as follows: