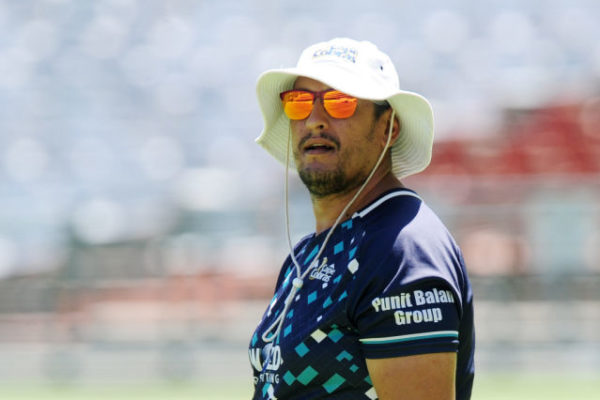 KIMBERLEY: South Africa Under-19 bowling coach Rory Kleinveldt has hailed the growth of their recently-assembled team after they made impressive gains whilst participating in the Senior Provincial Men’s Programme in Kimberley over the past few weeks.

The national juniors, who were only chosen to represent their country following the Cricket South Africa (CSA) Under-19 Franchise Cubs Week in February, finished with two wins, a draw and two losses during their maiden competition as a group.

It was an impressive return considering that they were bowled out for 41 by Northerns in their first match, a three-day fixture, at the start of Pool C that also included hosts Northern Cape and Western Province.

But they bounced with two wins from their three 50-over assignments, before finishing with an impressive draw in the last red-ball game that ended on Sunday.

“We showed real growth over the three weeks that we were together,” Kleinveldt said. “Obviously being bowled out for 41 in the first game was a bit of a reality check for us.

“These guys obviously hadn’t played a lot of three-day cricket and you could see their naivety. They’ve still got a lot to learn in that format, but we took great learnings from that and we improved throughout the three weeks because of that experience.

“It made the boys more determined to improve and show that they were better than that performance.”

Following their humbling in match one, Liam Alder (4/16), Caleb Seleka (4/33) and Michael Copeland (47), together with Jan Hendrik Coetzer (5/28) and Dewald Brevis (54*), played key roles in overcoming WP and Northerns respectively. In between those matches they lost to locals NC.

But Shukri Conrad’s charges were massively impressive when they came up against the hosts in their final three-day outing. Batting first, they ran up a mighty 330 thanks to half-centuries from Copeland (68) and Coetzer (75).

All the bowlers subsequently contributed in dismissing Northern Cape for 261 in reply, before skipper Daniel Smith struck 76 as the SA U19s declared on 144 for three, setting a target of 214. Although time was not on their side, they did reduce the home side to 77 for three when the captain’s shook hands.

“The thing that stood out for me the most was the growth in every single player, not only as players but also as human beings,” Kleinveldt stated. “Hopefully the guys will keep growing over this year and we can get them ready not only for the World Cup., but also for professional cricket after that once they start moving up the ranks to their provincial teams.

“Their work ethic was immense and I am extremely happy with the way things turned out.”

Head coach Shukri Conrad was a huge advocate for the SA U19s to participate in provincial cricket this year, saying the exposure will only improve his young group and set them up well for their futures. Kleinveldt said he can see exactly why the head coach wanted the rookie players to feature against senior pros.

“It’s probably one of the reasons why Shukri wanted to play in this competition, to really test the boys against stronger and more seasoned opponents and I think his thinking was fully justified,” he added. “It is something that must continue to happen in the future as well.”

Audio from SA U19 bowling coach Rory Kleinveldt is available to download at www.csamediacentre.co.za/sa-under-19s-audio.