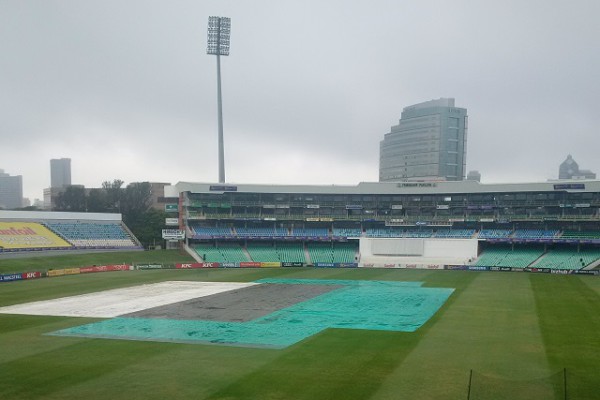 Posted at 07:00h in Domestic by admin@csa

DURBAN: Heavy overnight rain followed by persistent drizzle and overcast skies through the morning meant that the second day of the 4-Day Domestic Series final between the Hollywoodbets Dolphins and Momentum Multiply Titans had to be abandoned without a ball being bowled in Durban on Friday.

Only 10 overs have been possible so far in what is a scheduled five-day match to decide the 2020/21 South African first-class title.

The hosts won the toss and batted, before reaching 31 for one in the little over an hour that was possible on the opening day when bad light also played a major role.

On the second, the heavy rain had left part of the outfield underwater, but the good drainage system means there is still a chance of a result in the match, which is the last of the franchise era.

Play will resume at 09h00 on Saturday. A reminder that the match is being broadcast live on SuperSport.