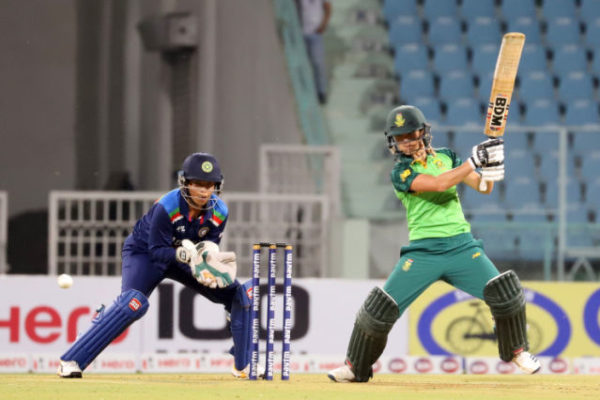 LUCKNOW: The Momentum Proteas ended their outstanding tour to India on a low after losing their dead-rubber third Twenty20 International by nine wickets at the Ekana Cricket Stadium in Lucknow on Tuesday.

Having already sewn up a historic first-ever T20 series victory over the hosts when they took an unassailable 2-0 lead in the three-match sequence on Sunday, the final match was a mere formality.

But the home team did manage to restore some pride by taking the scoreline to 2-1 thanks to their big win, which was built around some outstanding bowling by Rajeshwari Gayakwad and a dashing half century by teenage star Shafali Verma.

After winning the toss and bowling, the Indians restricted South Africa to just 112 for seven.

Spinner Gayakwad claimed figures of three for nine in her four overs, including one maiden.

The tourists lost wickets regularly right the way through, with their main contributions coming via the bats of captain Sune Luus (28) and Lara Goodall (25*)

India’s openers Verma and captain Smriti Mandhana then put on 96 inside nine overs – the former the only batter to be dismissed for 60 off 30 balls (7 fours, 5 sixes).

The latter finished unbeaten on 48 and together with Harleen Deol (4*) sealed a consolation win for India.

Apart from victory in the T20 series, Hilton Moreeng’s charges were also claimed a dominant 4-1 triumph in the five-match ODI series.