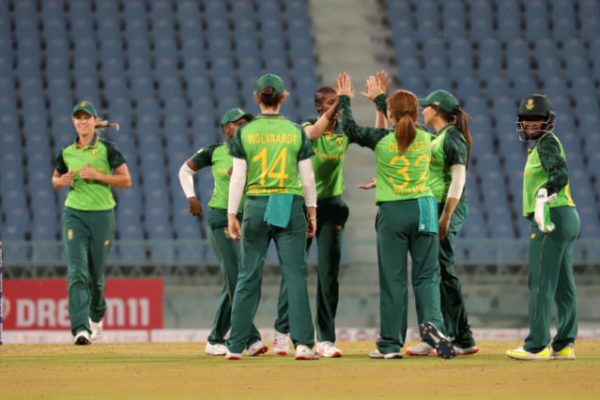 JOHANNESBURG: Cricket South Africa (CSA) takes the greatest pleasure in congratulating the Momentum Proteas on their historic white ball double triumph on their current tour of India after they clinched the T20 International series today to add to the five-match ODI series they won last week.

Having won the ODI series 4-1 they took an unassailable 2-0 series lead in the three-match series when they won the second match at Lucknow by 6 wickets in a thriller that went down to the final ball.

It is the first time the Proteas have beaten India in a T20 series.

“Our ladies continue to go from strength to strength,” commented CSA Acting Chief Executive Pholetsi Moseki. “Winning the series with a match to spare and making it five wins in a row across the two white ball formats is a huge achievement and reflects well on everybody involved.

“What has really stood out on this tour is the way we are building our depth which has enabled us to keep winning against one of the strongest teams in world cricket in spite of being without such stalwarts as our captain, Dane van Niekerk, and Chloe Tryon.

“Many of our players have become household names around the women’s cricket world and they are much in demand for domestic T20 tournaments abroad.

“Equally impressive has been the way that Sune Luus and Laura Wolvaardt have stepped into the main leadership role in Dane’s absence.

“Our head coach, Hilton Moreeng, is clearly running a very good ship at the moment that is riding the crest of the wave.

“We extend our heartiest congratulations to all our players, our coaches and support staff and also to all those at the Powerade High Performance Centre who have got them up and running again after the long delay caused by the Covid lockdown.

“It has been a real team effort both on and off the field,” concluded Mr. Moseki.