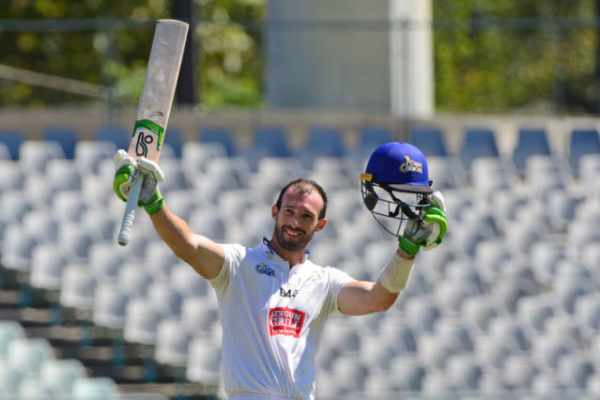 The seasoned right-hander amassed 264 off 507 balls (26 fours, 4 sixes), batting for five minutes short of 11 hours to help the hosts pile on a huge first-innings score of 523 for eight declared.

Malan’s effort was the biggest-ever individual score posted at Six Gun Grill Newlands, beating the previous best of 261* set by Western Province’s Stephen Steyn more than 90 years ago in the 1929/30 season.

It also beat the previous highest individual score of 260* for the Cape franchise held by JP Duminy against the Lions at Paarl in 2015/16 and was the third highest of the franchise era behind Stephen Cook (390) and Rilee Rossouw (319).

Amongst the other Cobras batsmen, Kyle Verreynne completed his fifth career century on his way to 109 (217 balls, 15 fours) and shared in an excellent 217-run fourth wicket stand with Malan.

After the declaration, George Linde (4/25) claimed four wickets to put the Central Franchise in a dire 106 for seven at the close. It meant they were completely out of the running to reach next week’s final.

Allan Donald’s charges started day three poorly placed and they were made to struggle by Malan and Verreynne, before the declaration finally arrived just before tea.

But day three was all about Malan as he and Verreynne resumed on the overnight total of 382 for three and extended the score to 460, before the latter fell to Jacques Snyman (1/139).

The latter was finally dismissed by Alfred Mothoa (1/79) after a marathon innings in which he comfortably beat his previous highest first-class score of 211* for Western Province against Namibia at Walvis Bay in 2016/17.

The Knights put up little fight in their second innings as Tshepo Moreki (2/29) struck in the sixth over to leave them on 10 for one.

Jacques Snyman attacked as he usually does with 29 during a stand of 40 with Raynard van Tonder (18) for the second wicket, but that partnership was ended by Linde, who accounted for both men as well as captain Pite van Biljon for a duck.

The rest of the batsmen, barring Farhaan Behardien (36*), were out for single digits, to give the Cobras firm control and put them on the cusp of a first win of the 2020/21 campaign.