Moreeng proud as Momentum Proteas climb to second in the world 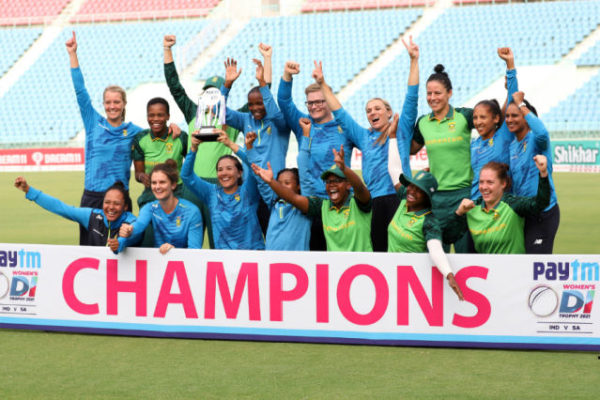 LUCKNOW: Momentum Proteas coach Hilton Moreeng says it is a ‘proud moment for the women’s game in South Africa’ after the national team climbed to their highest-ever One-Day International ranking in history this week when they vaulted up to second in the world.

This came after they completed a fine 4-1 series win over India on their home turf in Lucknow.

The South Africans have now leapfrogged world champions England and India to move to second behind Australia.

It is their highest standing since the ranking system for women was first launched in October 2015 and Moreeng believes it is a landmark moment for the women’s game in the country.

“We are delighted to have beaten one of the best teams in the world in their own conditions,” the coach beamed. “Coming to the sub-continent is never easy, especially after coming here the last time and being beaten so badly.

“But we sat down as a group and reflected on what happened in 2019. There was a lot of soul searching and you can see how we came out here this time and raised our performances.

“The girls were phenomenal and the reward for that is on the ICC rankings table. We are now the number two team on the world rankings and this is an incredibly proud moment for the women’s game in South Africa and women in general.”

Head of Momentum Metropolitan Sponsorships and Events Carel Bosman added: “Congratulations to the Momentum Proteas. We are all about the journey and whether it’s an individual or a team, we are here for your journey towards success.

“To be part of this journey when we started with them eight years ago, to watch them receive contracts and become professionals and to be part of their journey to where they are now, just shows you what great partnerships do.

“We are thrilled with the way Hilton and his team have progressed and we believe there is more to come in building up to next year’s ICC Women’s World Cup.”