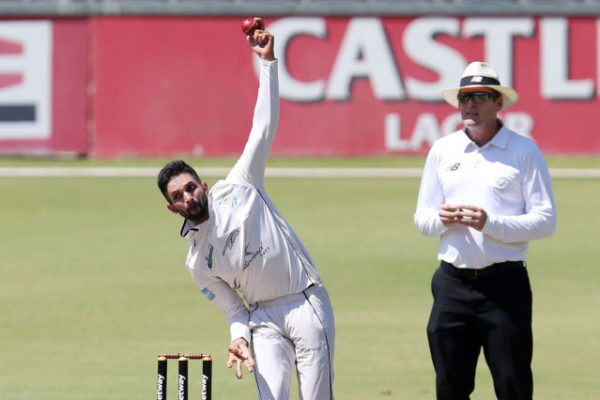 Posted at 07:52h in Dolphins, Domestic by admin@csa

GQEBERHA: Eddie Moore’s 14th career century was upstaged by a 31st career five-for from Keshav Maharaj as the Hollywoodbets Dolphins zoned in on victory on the third day of their 4-Day Domestic Series encounter against the Warriors at St George’s Park in Gqeberha on Thursday.

The Proteas’ No. 1 spinner grabbed his fourth five-wicket haul in his fifth match and took his tally of wickets for the season to 34 with figures of six for 93 as the hosts were dismissed for 345.

The Warriors were eventually dismissed for 345, leaving the Dolphins a target of 112. The KwaZulu-Natal outfit closed the day on eight for none.

The Eastern Cape outfit will, however, feel they could have done better after the wonderful platform laid for them by the Moore-Cloete stand.

They started day three on 88 for none and progressed well, even after the first wicket stand was broken, thanks to captain Yaseen Vallie (45).

But from 245 for one, they began to lose their way thanks to Maharaj’s strikes and the support received from the other end, in particular via Ruan de Swardt (2/38).

The Warriors eventually lost their last nine wicket for 100 to be all out in 111.2 overs.

Sarel Erwee (0*) and Senuran Muthusamy (6*) then took the Dolphins to the close in a powerful position.