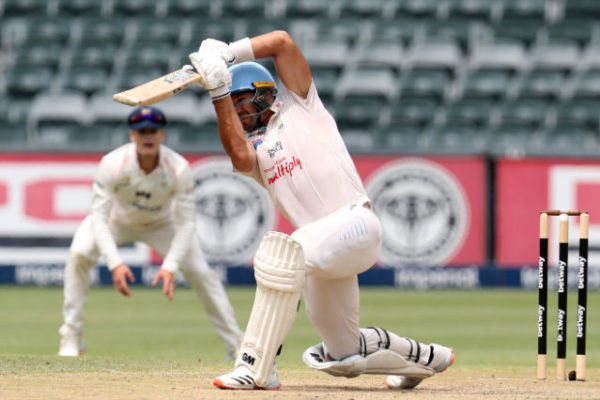 Posted at 07:56h in Domestic by admin@csa

JOHANNESBURG: Aiden Markram managed to fend off the threat posed by Kagiso Rabada and help the Momentum Multiply Titans end a rain-affected day two of their 4-Day Domestic Series encounter against the Imperial Lions with the advantage in Johannesburg on Wednesday.

The Proteas batsman was unbeaten on 85 (165 balls, 13 fours) when stumps were drawn early, with Rabada in equally hot form with the ball after bagging four for 32 in 18 mainly excellent overs.

Markram’s effort – his sixth 50 plus score this season of which four have been hundreds – helped the visitors reach the halfway stage of the game on 169 for five, just 37 behind the 206 all out that the hosts managed on day one.

The only disappointment of the day was the weather, which meant that just 43.2 overs were sent down on the second day of the Jukskei derby at the Imperial Wanderers Stadium.

After their fine showing with the ball, the Titans had started proceedings in the driving seat as they finally resumed following a delayed start on 45 for one.

But the relentless Rabada did not allow them to escape as he grabbed two early wickets, first accounting for Neil Brand (18), brilliantly caught and bowled, before dismissing Heinrich Klaasen for two.

That left the away side on 64 for three.

The returning Quinton de Kock managed 18 during a fourth-wicket partnership of 40 with Markram, before he too succumbed, this time to the bowling of Lutho Sipamla (1/34).

Sibonelo Makhanya (23) then added 56 alongside the South Africa opener to put the Titans firmly in control. However, Rabada captured his fourth wicket when he got rid of the former leaving the score on 160 for five.