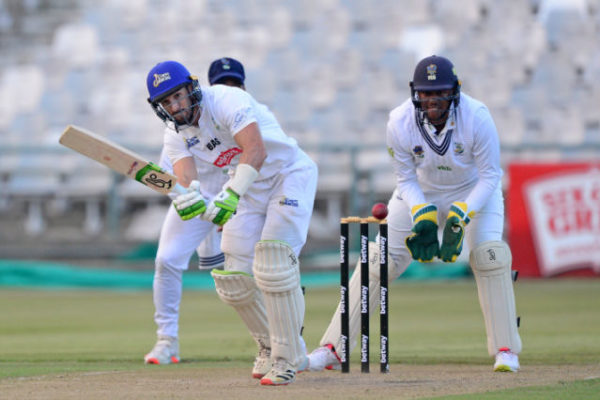 Posted at 07:59h in Cape Cobras, Domestic by admin@csa

The visitors, who need to win the game in order to give themselves the best chance of reaching next week’s competition final, managed just two wickets all day, one from Patrick Kruger (1/28) and one for Shaun von Berg (1/75).

But they otherwise toiled in the face of the home batsmen, who were led impeccably by Malan as he completed his 34th career century and was closing in on a double ton.

The right-hander faced 391 balls, struck 20 fours and three sixes in an innings that has so far lasted more than eight hours.

Tony de Zorzi was the only man to be dismissed cheaply, out for eight to the spin of Von Berg.

It was 243 for three at that stage, before an unbroken 139-run fourth wicket partnership strengthened the Cobras’ grip on the game.

Coach Ashwell Prince’s side are without a win in all six previous matches this season and aiming to end the campaign strongly.