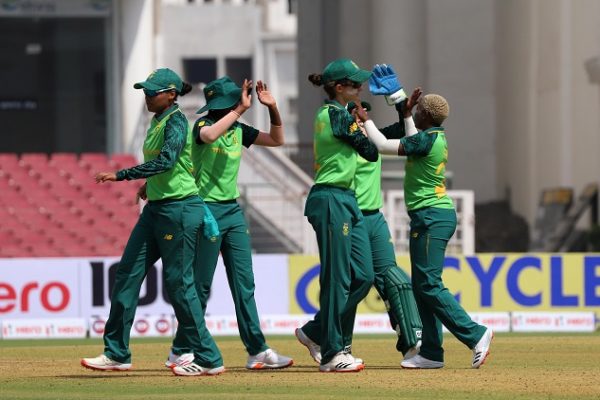 Cricket South Africa (CSA) is pleased to announce the Proteas men’s and Momentum Proteas women’s squad players to be awarded national contracts for the 2021/22 season.

The men’s international programme includes two ICC T20 World Cups in October and November of 2021 (India) and 2022 (Australia) along with a historic, full limited overs tour to Ireland in July of this year.

The upgrade system will again be in place this year. Those players selected for the Proteas during the 2021/22 season who are not contracted can qualify for a performance-based National Contract upgrade.

The major upcoming engagement for the women’s team is the 2022 ICC Women’s World Cup in New Zealand in March and April.

CSA is delighted to confirm that the women’s contracts have increased from 14 to 15 players, while it has been decided to remain with the 16 men’s contracts, keeping the 17th open, giving players the opportunity to qualify for it through performance.

Lara Goodall is the 15th player who has been awarded a women’s team national contract after consistently good performances throughout the last couple of seasons, while Heinrich Klaasen receives his maiden men’s team contract.

“It is a matter of great pride that CSA has increased the number of women’s contracts from 14 to 15 for the very first time,” CSA Acting Chief Executive, Mr Pholetsi Moseki, commented. “We are confident that the number of selected players for both the men’s and women’s teams is sufficient to maintain them across the formats in which they participate.

“We are about to enter into a very import cricket season with ICC World Cup events for both the men’s and the women’s teams and we are confident that we have the correct personnel and necessary depth within the system to produce teams that will challenge the best in the world in the coming 12 months.

“On behalf of CSA, I would like to congratulate Lara Goodall and Heinrich Klaasen on their newly awarded contracts. Their performances on the field of play as well as the way they have carried themselves off the field has done the talking for them and we are pleased to reward the hard work that they have put in,” Mr Moseki concluded.