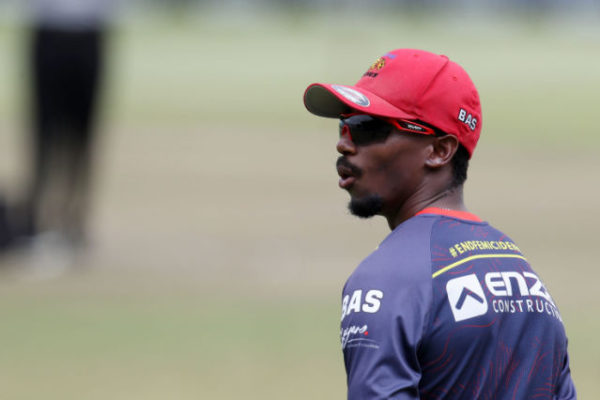 Posted at 09:08h in Domestic, Imperial Lions, Titans by admin@csa

JOHANNESBURG: Wandile Gwavu says there is not much motivation needed for the Imperial Lions ahead of their final 4-Day Domestic Series encounter of the season against the Momentum Multiply Titans starting in Johannesburg on Tuesday.

The cross Jukskei rivals clash in a match that has plenty riding on it for the visitors as they bid to consolidate their position at the summit of Pool B, where they sit with 86.84 points.

The hosts and defending champions are already out of the running for next week’s final having managed 72.10 points at the base of Pool A.

But despite their standing, Gwavu wants to end the season with a bang.

“There’s no motivation needed for matches such as this one because of the history that is attached to the game,” he said. “It’s also the last time this season that the two teams will be meeting and I think that’s as much motivation we need as a team.”

The Lions fell out of the running when they lost to the Hollywoodbets Dolphins at the same venue in the previous round.

Gwavu continued: “Looking back at last week, we have to give credit where it’s due and I think Keshav Maharaj was the difference between the two teams. He bowled really well and he showed why he is the best spinner in the country. Hopefully we can bounce back for this one.”

The Lions boss also reassured their fans that they will be going all out to secure a positive result at the Imperial Wanderers Stadium.

“It is disappointing going into that last game knowing that we can’t qualify especially knowing that we are the defending champions and we’re out of contention,” he said. “But we’ll be professional about it. We’re not going to do any favours for anyone and we want to end on a high.”

His opposite number Mandla Mashimbyi, meanwhile, was pleased to have reached this stage of the competition with destiny in their own hands. The Titans earned a draw with Pool A leaders the VKB Knights last week.

“The boys really fought hard to secure the draw that we did,” Mashimbyi added. “So there’s a lot of positives to take away from Centurion. Going into the Wanderers now all that is history, apart from the confidence we’re going to take into the game. We just have to make sure we’re on the pulse.

“It’s a big week for everyone in the competition and we just need to make sure we do what we need to in order to go through to the final.

“To do that we have to stay present. That is the key word. We have to play every moment on merit and that’s going to be important for us. We can’t look too far ahead and if we can focus on the now that will help us get what we need to from the game.”

More information on the 2020/21 4-Day Domestic Series can be found here.