Maharaj takes 13 to blow away Lions 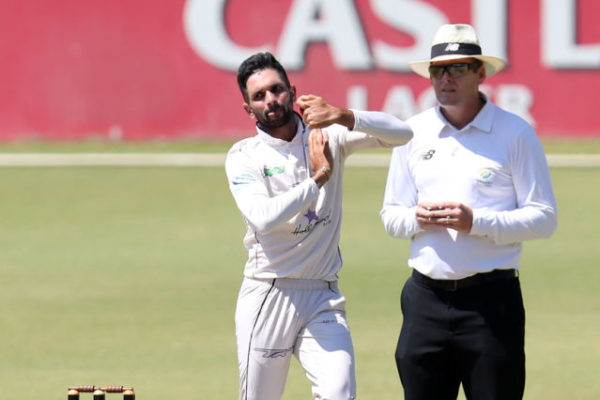 Posted at 09:15h in Domestic, Imperial Lions by admin@csa

JOHANNESBURG: Keshav Maharaj recorded the best match analysis by a spinner at the Imperial Wanderers Stadium as the Hollywoodbets Dolphins kept alive their hopes of reaching the 4-Day Domestic Series final with a handsome win over the Imperial Lions on Wednesday.

The slow left-armer claimed a fabulous seven for 48 in the second innings for a match haul of 13 for 174 as the hosts were shot out for 162 on day four to lose by 86 runs and effectively fall out of play-off contention.

And it was all down to the expertise of Proteas ace Maharaj, whose overall figures were only second to Kagiso Rabada’s 14 for 105 against the same opponents back in 2014/15.

The Lions, though, will be ruing what may have been after beginning day four in a strong enough position on 21 for one chasing 249.

But their kingpin batsmen – Reeza Hendricks (10), Rassie van der Dussen (0), Ryan Rickelton (27) – all fell to Maharaj even before 50 came up leaving their side in a hole on 43 for four.

However, that too was brought to an end by the relentless Maharaj, who sent down 23 overs in the second innings. He completed his 30th career five-for by dismissing Wiaan Mulder (8), before Daryn Dupavillon (2/41) helped him run through the lower order.

The full 4-Day Domestic Series tables are available on https://cricket.co.za/tournament/1807/4-Day-Domestic-Series