Markram and Elgar sparkle at Centurion 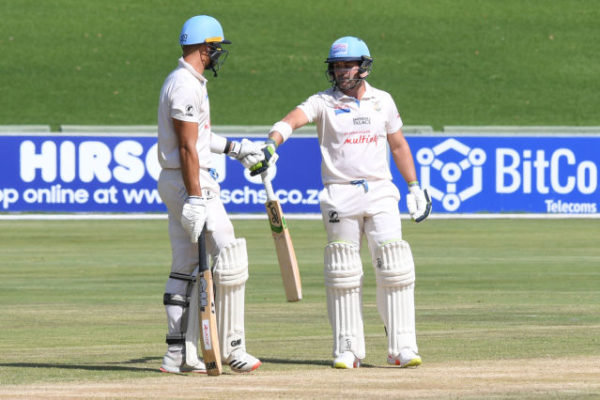 Posted at 09:24h in Domestic by admin@csa

CENTURION: A splendid 162-run opening partnership between Aiden Markram and Dean Elgar helped the Momentum Multiply Titans hit back on the third day of their 4-Day Domestic Series showdown against the VKB Knights at SuperSport Park in Centurion on Tuesday.

Both struck unbeaten half-centuries as the hosts made an imposing start to their second innings to wipe out the 151-run deficit built after the visitors had earlier amassed 414 for nine declared.

That innings was based around Farhaan Behardien, who moved from his overnight day two score of 126 to end with a splendid 142 (14 fours) that was eight shy of his career best 150*.

There was also an unbeaten 58 (136 balls, 6 fours, 2 sixes) from Shaun von Berg that helped the Knights add just over 100 runs on the third day.

Bowler Von Berg was key to those runs, which then allowed his team to declare in a strong position. Lizaad Williams claimed four for 103 to finish as the pick of the bowlers.

Markram and Elgar were then outstanding as they piled on the runs to severely dent the victory push of the Central Franchise.

Their performances during a wicketless 55 overs for the Knights put the Titans 11 runs ahead at the close.