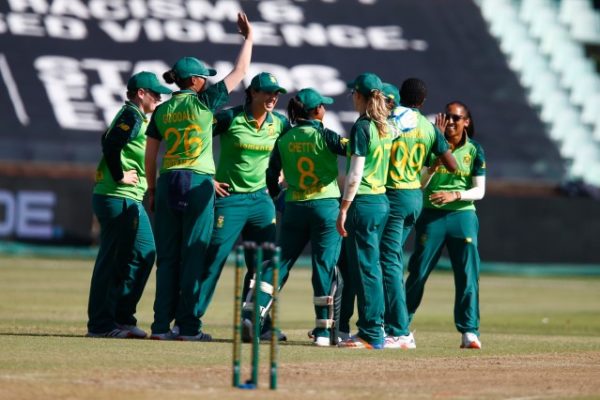 JOHANNESBURG: Women’s cricket placed on a pedestal, the fight against Gender-Based Violence amplified and the domestic game taken to a new level – these are some of the major milestones that SuperSport helped Cricket South Africa (CSA) achieve during the current season.

The partnership with the central broadcast partner has played a key role in galvanising cricket in the country and ensuring that a world-class product was delivered to television screens.

“We are hugely indebted to SuperSport for what they have done for us over the course of the 2020/21 season,” CSA Acting Chief Executive Officer, Pholetsi Moseki, stated. “They have really helped us grow the game in terms of coverage and reach.

“The appetite they have showed to assist CSA during what was an extremely challenging campaign for everyone cannot be understated. This only enhances our relationship and I have no doubt we will continue to grow cricket side-by-side during the years ahead.”

The key points of expanded coverage over the season have been the women’s game as well as domestic cricket.

SuperSport undertook to beam a full women’s series for the first time when it broadcasted the entire limited-overs home series between the Momentum Proteas and Pakistan, that was played in a bio-secure environment (BSE) in Durban.

The series comprised of three One-Day Internationals and as many Twenty20s. Amongst the 50-over matches was the first-ever ‘Black Day’ that saw the South African Women play in a unique black strip to create awareness regarding GBV.

“SuperSport were extremely supportive during the inbound tour by Pakistan and in particular the new Black Day concept,” CSA Director of Cricket, Graeme Smith, said. “The coverage in the build-up and on the day was outstanding and it really amplified awareness regarding this scourge of GBV. That was the highlight of what was a wonderfully executed women’s series by the broadcaster.”

The Momentum Proteas’ current white-ball series against India being played in Lucknow is also being fed live via SuperSport.

On the domestic front, every match in the premier domestic 50-over and 20-over competitions – the Momentum One-Day Cup and Betway T20 Challenge – played earlier this year were shown live on SuperSport.

At the back end of 2020, the broadcaster also streamed the 4-Day Domestic Series live via its DSTVNow App. That was the start of what was to come in early March when for the first time in over a decade, the first-class game was brought back to television screens.

One match each in round six and seven as well as the final, to be played over five days, will be live on SuperSport.

“We witnessed two quality limit-over competitions played in Potchefstroom and in Durban thanks to the broadcasting efforts of SuperSport,” Moseki added. “Now they have gone the extra mile to bring domestic red-ball cricket to our television sets. This is really unprecedented, and I cannot reinforce enough how pleased CSA is with the way things have unfolded during the 2020/21 season.”