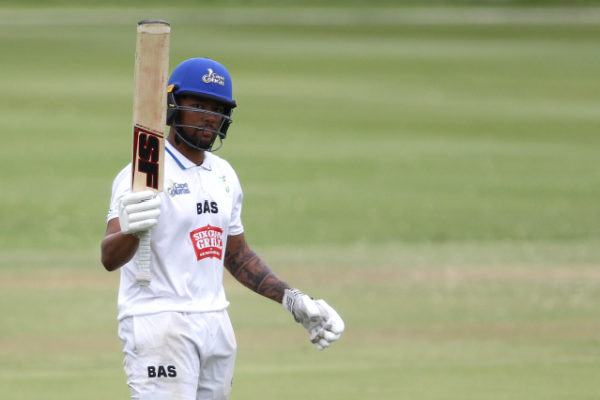 Posted at 09:31h in Cape Cobras, Domestic by admin@csa

The home captain shared in two half-century partnerships on his way to 54 not out (141 balls, 9 fours) as the hosts reached 146 for three in the 52 overs sent down at Six Gun Grill Newlands.

Support for De Zorzi came from Isma-eel Gafieldien (44) and Kyle Verreynne (42 not out), while Glenton Stuurman bagged two for 19.

The Cobras, searching for a first win of the campaign, won the toss and batted, but loss Pieter Malan (0) and Jonathan Bird (2) with only 15 on the board.

A 58-run third-wicket stand between De Zorzi and Gafieldien helped rebuild, before the skipper combined with Verreynne to add 73 for the next wicket leaving the Cape side with a marginal edge at the close.