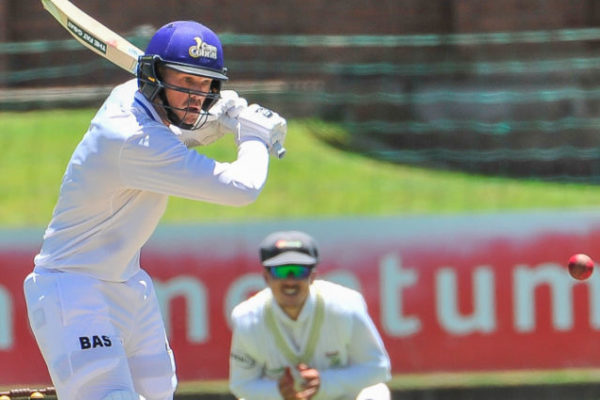 Posted at 09:53h in Domestic by admin@csa

CAPE TOWN: Six Gun Grill Cape Cobras coach Ashwell Prince is hoping they can turn some of the fighting spirit displayed earlier in the season into victories as they bid for a first win of the 4-Day Domestic Series campaign when they host the Warriors in Cape Town from Sunday.

The match marks the beginning of the penultimate round of the first-class term and sees a return to red-ball cricket for the first time since December when round six was suspended due to the Covid-19 second wave.

Although five rounds have already been played, the Cape side have not managed to win any games, recording three draws and two defeats thus far for a total of 47.90 points.

“So far this season in the four-day competition, we’ve had our backs to the walls a few times, but we fought through that, earning a brave draw at the Wanderers and a week later from the same position in Durban,” Prince reflected. “We’re hoping to now get onto the other side of positions in matches where we are able to apply the pressure on the opposition and hopefully try and claim victory.”

Despite not managing any wins, the bottom-of-the-table Cobras still have an outside chance of reaching the final should they win their remaining games and other results go in their favour.

But for now, Prince is just happy to be back playing again as he looks ahead to the clash at Six Gun Grill Newlands against a Warriors side that beat them earlier in 2020/21.

“We’re really excited about getting the last two games in after so much of uncertainty earlier on in the season when the country went back into lockdown due to Covid-19 restrictions,” he added.

“The last game against the Warriors was one where we had our moments in the game, we had a big lead in the first innings but they came back and put us under pressure, before getting over the line on day four. We’re looking to obviously turn things around.”

The Cobras did manage to reach the Momentum One-Day Cup semi-finals in Potchefstroom since their last four-day game but missed out on the Betway T20 Challenge play-offs in Durban more recently.

Prince also has a lengthy list of injuries to contend with, although the coach was hopeful his selection choices will improve heading into the weekend.

Opponents the Warriors (61.50), meanwhile, also must win the game to have a shot of leapfrogging Pool B leaders, the Momentum Multiply Titans (75.58).

Their coach Robin Peterson is confident of hitting the ground running after returning to the longer format following their T20 outing in Durban, where they were knocked out in the play-offs.

“We have a few of our four-day specialists back, including our captain, so we’re ready to go,” he said. “Anytime your team starts gelling, like we did in the T20 comp, you can take confidence from that.

“But this is a different format now. We have two big weeks coming up with two important games, but I’ve said to the guys it’s all about enjoyment. We don’t need to put any extra pressure on ourselves, but instead we must go out there and enjoy the games.”

Peterson was also not reading anything into the Cobras’ struggles this season.

“Their coach is quite a proud cricketer,” he concluded. “That is no different to his coaching style and I expect them to be quite tough opponents, especially in their back yard of Newlands. It will be a nice challenge for us and we will have to be at our best to stand a chance.”

Matches in bold will be televised on SuperSport.