Moreeng’s Proteas have learnt from past experiences 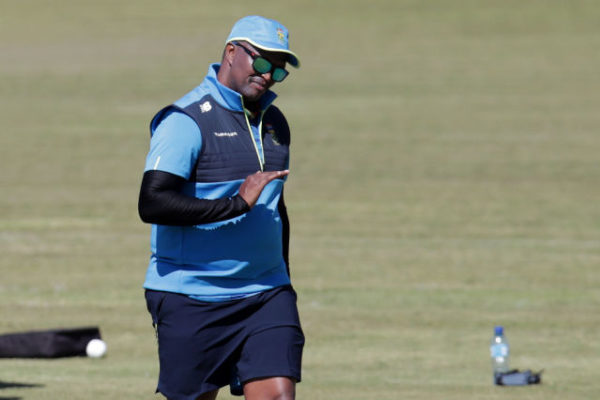 03 Mar Moreeng’s Proteas have learnt from past experiences

LUCKNOW: Momentum Proteas coach Hilton Moreeng says his players are itching to get out of quarantine and start physically preparing for their series against India that begins on Sunday.

South Africa arrived in the sub-continent on Saturday for the tour, which comprises of five One-Day Internationals and three Twenty20s – all to be played within a bio-secure environment (BSE) in Lucknow.

It is currently day five of six for the South African Women as they embark on their first away tour of the Covid-19 era, but Moreeng believes they were well prepared for the protocol that had awaited them in the Asian country.

“We knew what to expect before we arrived so we all were prepared for it,” he told a media briefing on Wednesday. “I think all the players have now been exposed to bubble life, this being our second tour that we play within a BSE.

“The difference this time is the six days that we have to quarantine. But the players have been in good spirits and they’re all looking ahead to the last day tomorrow.

“Then we’ll be able to go out and have an opportunity to prepare for a series against very tough opposition. Everyone is looking forward to it.”

Following their exit from the BSE, South Africa will have two days of training before facing the formidable hosts in the first ODI on Sunday, 7 March, at the Ekana Stadium.

The last time the Momentum Proteas did tour the country was back in September and October 2019 when they lost the ODI series 3-0 and fell to a 3-1 defeat during the T20I leg of the trip.

Moreeng was also the coach in charge at the time, but he says they learnt a lot from that experience.

“We know Indian conditions are not easy for any touring team, so we’re expecting them to be tough,” he explained. “Most of us have been exposed to these conditions as well, having come here before.

“The last visit was not a joyful one because of the way the results went, even though we worked and tried very hard.

“But we learnt a lot from that and will see that in the results I’m sure with a lot of those players in this squad as well.

“It’s the first time we’ll be at this venue, so we’ll assess things once we exit the quarantine on Friday. We’ll then have an idea of what things might look like.”

The Indians, who are ranked second and third in ODIs and T20Is respectively, have not played any international cricket since the World Cup in Australia a year ago.

The South Africans on the other hand – ranked fourth (ODIs) and fifth (T20Is) – go into the tour on the back of very good series wins against Pakistan in both white-ball formats.

Those matches were all played in Durban where conditions were very conducive to spin bowling and Moreeng hopes that will help them in India.

“We have to get better in these types of conditions,” he added. “We took a lot out of the conditions in Durban, so we were very pleased with that. We are anticipating similar conditions and that exposure might be a blessing in disguise for us.”