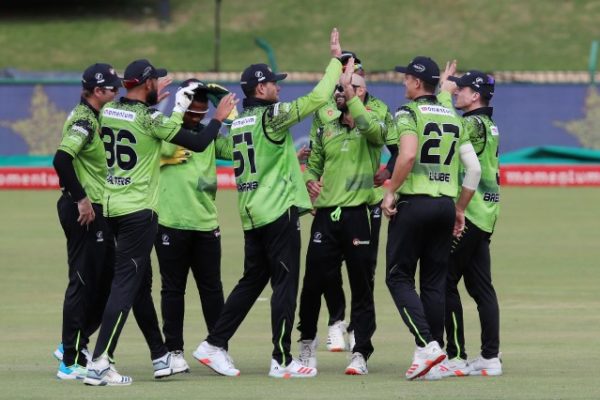 Posted at 08:57h in Cape Cobras, Domestic, Warriors by admin@csa

POTCHEFSTROOM: Rudi Second was an unlikely hero with the ball as the Warriors got their Momentum One-Day Cup up and running with an 81-run demolition of the Six Gun Grill Cape Cobras via the Duckworth/Lewis Method in the bio-secure environment (BSE) at JB Marks Oval on Wednesday.

In a match reduced to 44 overs per side after a rain interruption early on in the contest, the Eastern Cape franchise posted 226 for six after losing the toss and being put in to bat first.

Sinethemba Qeshile top-scored with an unbeaten 64 off 74 balls (6 fours), while there was also 55 off 71 balls (8 fours) from Matthew Breetzke, with Second striking a useful 43.

In reply, the Cobras were shot out for a woeful 148 in 40 overs, conceding a bonus-point in the process as the Warriors bounced back from defeat to the Imperial Lions in their opening game.

Second, usually a wicketkeeper, claimed career-best three for 20 with his off-breaks, while there were also three wickets each for Glenton Stuurman (3/26) and Jon-Jon Smuts (3/28).

Both teams entered the game looking to bounce back from opening Pool B losses and keep alive their prospects of reaching next week’s play-offs.

It was Warriors that made the early running, despite an 11th over rain interruption, thanks to Breetzke and Second, before Proteas batsman Qeshile provided them with an explosive finish.

It was then over Cobras, who have not won a single match across all formats in 2020/21 thus far.

They made a decent enough start, however, getting to 62 for two in the 17th over, but Second’s spin managed to unseat top-scorer Tony de Zorzi for 30 – a wicket that proved key in the context.

Jonathan Bird tried his best with 27, but the pair were the only batsmen to breach the 20 mark as the rest of the team struggled.

They then fell from 92 for three to 110 for six as Smuts landed an important double, with Stuurman and Second then wrapping up the tail to seal a crucial five-point win.

The Warriors are again in action on Thursday when they play the Lions in match four of the pool.