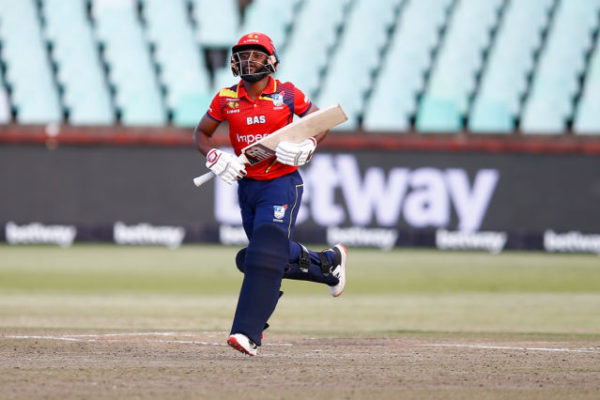 Posted at 10:32h in Dolphins, Domestic, Imperial Lions by admin@csa

DURBAN: The Imperial Lions will meet the Hollywoodbets Dolphins in the Betway T20 Challenge final after they sealed their place in Sunday’s decider with a relatively comfortable seven-wicket win over the Dafabet Warriors in Durban on Saturday.

Captain Temba Bavuma was the star for his team, scoring an unbeaten 48 off 37 balls (1 fours, 2 sixes) as they chased down 142 at Hollywoodbets Kingsmead Stadium with five deliveries to spare.

The performance of the skipper added to an opening stand of 59 between Reeza Hendricks (32) and Ryan Rickelton (23) that had set the Johannesburg-based side on their way after Wiaan Mulder (1/11) and Aaron Phangiso (1/20) had earlier shone with the ball.

In the end the Warriors’ total proved a few runs short of really testing the formidable line-up of the Lions, which will now go on to meet the Dolphins in what is a repeat of the Momentum One-Day Cup final that was shared a few weeks earlier on account of rain in Potchefstroom.

Things could easily have gone against Wandile Gwavu’s side, though, after the first part of the clash hosted by the coastal city went strongly in favour of the Eastern Cape franchise.

But it all went horribly wrong from there as they lost four for 24 in the next 6.3 overs.

Fortunately they had rookie batsman Tristan Stubbs find the fence a few times, with his 37 off 26 balls lifting them to 141 for six.

The Lions too managed a good start as Hendricks and Rickelton produced a fine start from their first 7.3 overs. However, the Warriors then threatened a comeback thanks to the outstanding Smuts (1/18).

But Bavuma helped them regroup and, together with Rassie van der Dussen (17) and Mulder (15*), finished the job without much fuss.