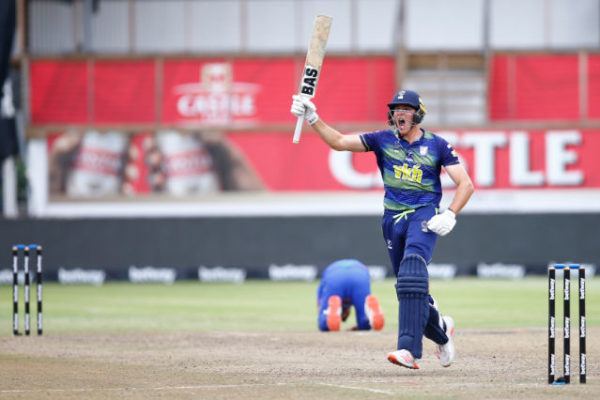 DURBAN: Explosive late hitting by Migael Pretorius helped the VKB Knights snatch an unlikely victory over the luckless Six Gun Grill Cape Cobras when they won a final-ball thriller by three wickets on day four of the Betway T20 Challenge in Durban on Monday.

Set a mighty 168 for victory – the highest score of the 2020/21 tournament thus far – the Central Franchise needed 19 from the final over, and three balls in they looked down and out after only managing to get three of them.

But the bowler Ziyaad Abrahams sent down successive length deliveries that were plundered for sixes by Pretorius, with the seamer then overstepping to concede a no ball, one of a whopping 27 extras, that was subsequently lashed away for four sending the Knights camp into delirium.

On the flip side, their Cape opponents could not believe what had unfolded especially after their fine batting display earlier in the day when Zubayr Hamza recorded his career-best score and the competition’s highest score to date, a blistering 77 off 49 balls (10 fours, 2 sixes).

That total, though, was not enough – the Knights going on to register their first win and one that left the Cobras winless.

At the start, it was Ashwell Prince’s side who won the toss and batted at an overcast Hollywoodbets Kingsmead Stadium.

Hamza and Tony de Zorzi (24) put on 39 for the first wicket, before Shaun von Berg’s (2/23) double blow jolted their progress.

However, an 88-run third wicket stand put the Cobras in complete control as Hamza, who went on record his second career 50, and Kyle Verreynne (45) went on the rampage.

They eventually posted what looked to be a strong 167 for five.

An ill-disciplined start by the bowlers then saw the Knights race to 40 in just over three overs, before their opponents pulled things back slightly to leave the score on 56 for two in the seventh over.

But Pite van Biljon (29) and Raynard van Tonder (42) put on a 63-run third-wicket partnership that helped keep their side in the mix.

Siyabonga Mahima (2/31) and Abrahams (2/41) then helped the Cobras claw back, but they failed to hold their nerve when it counted most, allowing Pretorius to seal a priceless win.