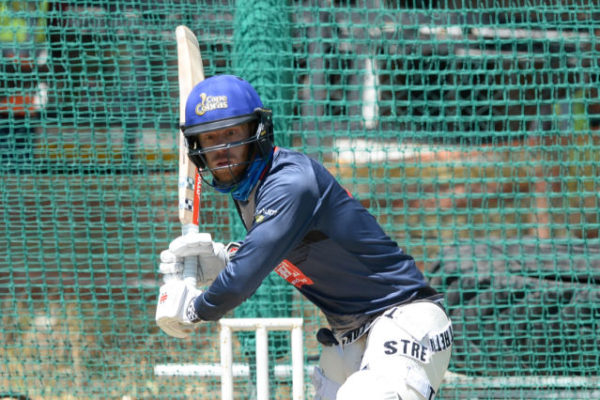 Posted at 16:44h in Cape Cobras, Domestic by admin@csa

CAPE TOWN – At just 23-years old, Six Gun Grill Cape Cobras wicket-keeper batsman Kyle Verreynne continues to prove his maturity beyond his young age, and it is that calm head and game management which coach Ashwell Prince will be looking for from him during the upcoming CSA T20 Challenge which gets underway on Friday.

Verreynne was part of the Proteas Test squad for the recent series in Pakistan and although he never got the chance to earn his maiden Test cap, he believes the overall learning experience both on and off the field can only be a huge positive in his young career.

“Pakistan was a really good experience for me. Any opportunity that you get to experience a new country and environment is always exciting, so Pakistan was a really good experience from that point of view. From a cricket point of view, obviously I would have loved to have played, but in saying that, I still took a lot of learnings from just being in that environment, experiencing those conditions, even watching on the sidelines, just watching how both teams go about things, you learn so much about the game, so I feel really fortunate to have been in that position.”

With no crowds in Pakistan due to COVID-19 restrictions, it was up to the respective teams to bring the energy and support from the dugouts and Verreynne took pride in watching his Cobras team-mate George Linde celebrate his maiden fifer in Test cricket, made even more special by the fact that Linde injured a finger on his bowling hand early on in the Test, only to come back to bowl his way into a milestone which he said he had “Been dreaming of since I can remember! Very special moment for me!”

“Watching George take his first five wicket haul in Test cricket was really special. Obviously, being my team-mate at the Cape Cobras since I started here, that’s something I really enjoyed being there for.”

Whilst Verreynne enjoyed a short time back home in Cape Town after the Pakistan tour, Verreynne is raring to go for what is an important tournament for both him and the franchise.

“I’m really excited to be back with the Cobras, it’s been a while since I’ve actually played a cricket game so I’m just really excited to get going. I feel that hunger to perform and do well has gone up a level, because I haven’t played much cricket of late so I’m really looking forward to the opportunity to get out on the park soon.

“As a team we want to win the competition, we owe it to ourselves and we owe it to the fans to have a good campaign and win a trophy, so we’re going to push for that and hopefully we can do that for them – I believe we’ve got the boys here to do it.

“From a personal point of view, I want to just put in a couple of match-winning performances, as I said, the hunger to perform is as high as ever so I’m just looking to implement that on the park and do that for the team.”

The Six Gun Grill Cape Cobras open their CSA T20 Challenge campaign against the hosts the Hollywoodbets Dolphins on Friday from 14h30. The match will be live on SuperSport.