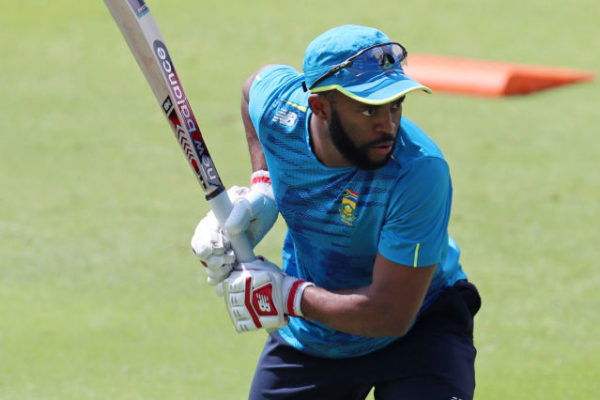 Posted at 16:47h in Domestic, Imperial Lions by admin@csa

Joint 2020/21 Momentum One-Day Cup Champions, the Imperial Lions are more ready than ever before in their quest for the coveted CSA T20 Challenge title. An extremely strong squad of 16 were announced with no fewer than nine of those 16 having donned the Proteas cap this summer alone.

In addition to the team announcement, a new kit was launched – inspired by the Imperial Lions family of supporters, sponsors, partners and service providers. The design stands for passion, fearlessness and collectiveness, all of which will go a long way when it comes to the continuous education of Gender-Based Violence.

Imperial Lions CEO Jono Leaf-Wright firmly believes that the Imperial Lions squad will represent the Union with great pride not only on the field, but off it too with their #endfemicidenow campaign.

“You will notice the #endfemicidenow branding running down the right leg as we utilise our teams’ as well as the tournaments exposure to drive home the message of gender equality.

“As always, I believe that our men will take to the field and give it every ounce they have as we strive to add another trophy to our cabinet this season, and I personally would like to wish them well in the two weeks ahead,” said Leaf-Wright.

Captain Temba Bavuma expressed his confidence in his men: “I’m well-pleased with our squad of 16 – a mix of youth and experience as we head into battle with a minimum of five games in seven days.

“We can see from our fans that we have their support albeit from afar, so trust me when I say that we absolutely aim to do them proud. It’s going to be tough, but we have what it takes as our internationals return not only to fight for domestic glory but also their place amongst a talented group of exciting cricketers.”

The Imperial Lions first game takes place on Saturday, 20 February versus the Dafabet Warriors. All matches will be played at Kingsmead Cricket Stadium, Durban.

Imperial Lions vs Warriors, at Hollywoodbets Kingsmead Stadium in Durban

Final – 1 vs Winner of (2 vs 3), at Hollywoodbets Kingsmead Stadium in Durban