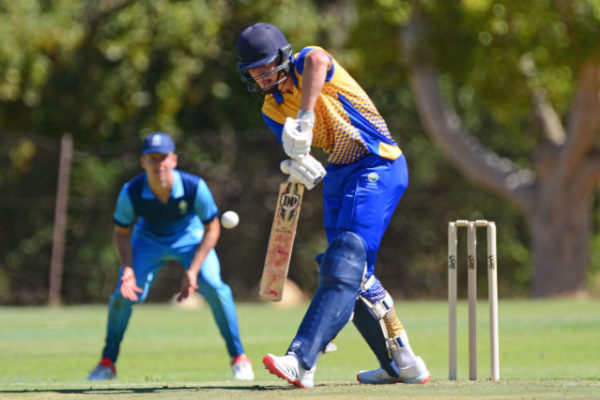 STELLENBOSCH: The Six Gun Grill Cape Cobras will meet the Momentum Multiply Titans in the final of the Cricket South Africa (CSA) Under-19 Franchise Cubs Week after both teams ended the group stage of action with impressive wins in Stellenbosch on Saturday.

Ethan Cunningham was the star man for the impressive Cape outfit, hitting a half-century and claiming two wickets as they made it four wins from four at what is the 14th edition of the tournament, being played in a bio-secure environment (BSE) at the University of Stellenbosch.

The Titans, meanwhile, secured their ticket to the championship decider thanks to Jordan Hermann’s half-century and a four-wicket haul by Nathan Steyn in a straightforward 40-run win over the Warriors.

The Hollywoodbets Dolphins won the day’s other match by ousting the VKB Knights in a 44-run triumph.

The match of the day, however, was at Tassies Oval where the Cobras edged out the Lions by one wicket in a neck-and-neck affair.

Batting first after winning the toss, Taheer Isaacs struck a wonderful century – 114* off 131 balls (9 fours, 2 sixes) – as the Highveld outfit posted 257 for seven.

Cunningham finished as the pick of the bowlers with two for 29. The all-rounder then opened the batting for the Cobras and shared in a strong opening stand with Daniel Smith (33) that put their side on track for victory.

However, the Lions then began to chip away thanks in the main to Nkhanyiso Mkhize (3/29) and Zack Momberg (2/51) leaving their side on top as the two teams headed towards the decisive final five overs.

But Kaden Solomon’s unbeaten run-a-ball 44 and 38 off 33 deliveries from Michael Levitt helped drag the Cobras over the line with three deliveries to spare.

Defeat for the Lions meant they missed out on the final at the expense of the Titans, who were too good for the Warriors.

The Centurion-based outfit batted first at the main Coetzenburg Oval where they posted 228 for eight after yet another stellar contribution by captain Hermann.

Warriors captain George van Heerden (45) again top-scored for his team, but Steyn (4/34) and Hardus Coetzer (3/41) shared seven wickets to leave the boys from Eastern Cape all out for 188 in 42.1 overs.

Finally, the Dolphins were the day’s biggest winners as they cruised past the Knights at Maties C Field.

Luc Benkenstein was once more in the runs for the KwaZulu-Natal side, helping them amass 272 for nine with his dazzling 81 off 64 balls (7 fours, 3 sixes). Nicholas Hatton (54 off 62 balls, 8 fours) also hit a half-century for the Dolphins.

But Benkenstein’s three for 43 helped restrict the Central Franchise to 228 for eight.

The final day of the U19 Franchise Cubs Week takes place on Sunday. To follow all the action live from Stellenbosch, visit www.pitchvision.com.