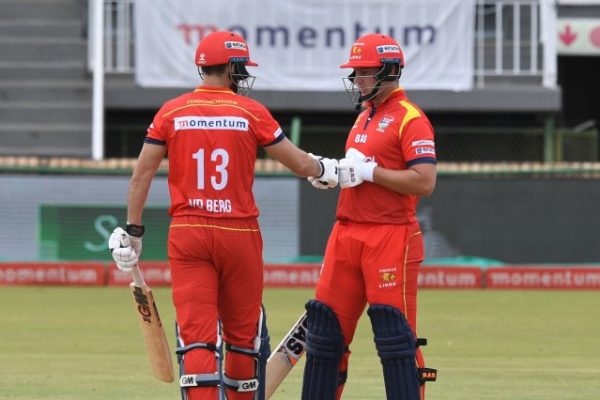 Posted at 09:08h in Domestic, Imperial Lions by admin@csa

POTCHEFSTROOM: Delano Potgieter’s fine all-round showing proved key in helping the Imperial Lions make it two wins from two after they overcame the Warriors by 42 runs in their Pool B showdown at JB Marks Oval on Sunday.

Their partnership helped Wandile Gwavu’s side recover from 47 for four to post a modest 210 all out in 48.1 overs.

Mthiwekhaya Nabe was the pick of the bowlers with four for 31. Jon-Jon Smuts was also amongst the wickets with three for 40.

That put the Eastern Cape franchise in the driving seat at the changeover, but they were then dismal with the bat – succumbing for 168 in 47 overs.

Potgieter was again the star man, claiming two for 19 in five overs.

However, barring Wihan Lubbe (42), Lesiba Ngoepe (33) and Ayabulela Gqamane (29), no one else managed more than 14 as the Warriors began the shortened tournament on the back foot.

All the matches in this season’s competition are being played in a bio-secure environment (BSE) hosted by the North West town.