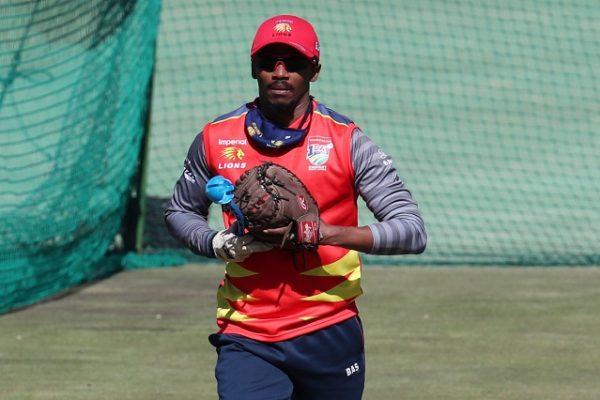 Posted at 09:25h in Domestic by admin@csa

POTCHEFSTROOM: The second part of the 2020/21 Momentum One-Day Cup gets underway on Friday with the Imperial Lions set to face the Six Gun Grill Cape Cobras in the bio-secure environment (BSE) at JB Marks Oval.

The match is part of Group B, which also features the Warriors, and follows hot on the heels of the completion of a rain-ravaged Group A last week that was eventually won by the Hollywoodbets Dolphins and saw the VKB Knights qualify for the semi-finals as runners-up.

The tournament was initially scheduled to be played as a regular countrywide event, but due to the Covid-19 second wave, it is instead being held behind closed doors to minimize the risk of transmission of the virus.

Lions coach Wandile Gwavu is looking forward to the clash, especially after the abrupt end to the first half of the season in December.

“We are looking forward to playing cricket again with a lot of excitement,” he said. “We are not looking too far ahead, and we will take it one game at a time.

It is important that we adapt to conditions and the bio-bubble life quickly.”

The Lions are missing a number of their star names due to their national team commitments with South Africa.

“Even though we have players that went to Pakistan with the Proteas, I believe we still have a strong squad that will compete in the Momentum One-Day Cup,” Gwavu added.

The Cobras too have brought plenty of new faces to the North West town and their coach Ashwell Prince is looking forward to giving them an opportunity.

“I’m really excited about the squad that we have selected,” he explained. “It has a fresh youthful exuberance feel to it.

“It has some exciting, lesser-known players who are chomping at the bit to make a name for themselves in South African domestic cricket.

“The Western Cape is a massive region, stretching all the way from Plett to Saldanha. There is a lot of talent out there and a couple of young guys will be afforded the opportunity to go and showcase their talents.

“I’m really excited about that, and I’m sure they’re even more excited – should be good fun.”

Meanwhile, Warriors coach Robin Peterson will be watching the opening game of the pool keenly.

His side play back-to-back matches after the opener when they play the Lions on Sunday and then the Cobras on Wednesday.

“It’s been a long break since we last played, not ideal, but the circumstances dictated it,” he said. “It’s amongst the challenges the season has been throwing us in 2020/21. I must say that it has felt like another pre-season, but we’re excited to now be playing.

“It’s a different format now, it’s a reduced calendar and that means we’re playing more tournament-style cricket and not competition-style cricket. So you’ve got to hit the ground running and that’s what we’ll be aiming to do.

“I think we’re in the tougher group, all the teams in this group in terms of skills match up are tightly matched. I think it could come down to net run-rate in the end and you’re going to have to need a bit a little bit of luck considering you only have four games,” concluded Peterson.