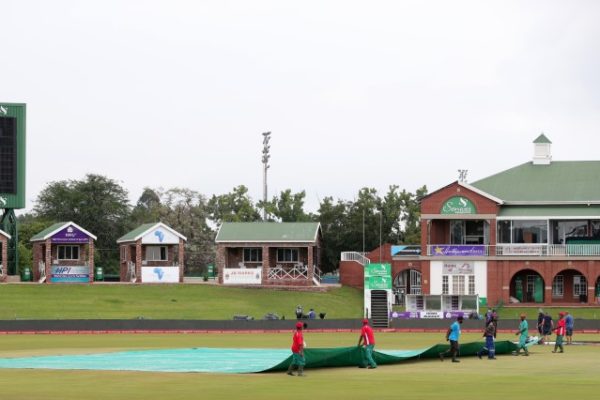 Posted at 09:32h in Domestic, Titans, VKB Knights by admin@csa

POTCHEFSTROOM: Further overnight rain and a wet outfield meant that the latest Momentum One-Day Cup fixture between the Momentum Multiply Titans and the VKB Knights had to be abandoned without a ball being bowled at JB Marks Oval on Friday.

The game was called off around the scheduled toss time after umpires Abdoellah Steenkamp and Abongile Sodumo deemed the underfoot conditions too dangerous for the players.

The result means it is a third successive washout in Group A after heavy summer rain in the North West this past week.

All three of those fixtures have involved the Titans, who have now ended their four matches with a total of five points – one point was docked for a slow over-rate against defending champions Hollywoodbets Dolphins.

There is one more match scheduled in the pool set for Saturday when the Knights (4 points) are due to meet the Dolphins (11 points). Another washout will put the Central Franchise through to the semi-finals alongside their KwaZulu-Natal counterparts.

Group B fixtures will take place from 22-30 January at the same venue, which is staging the competition in a bio-secure environment (BSE).