Dolphins and Titans frustrated in Potch 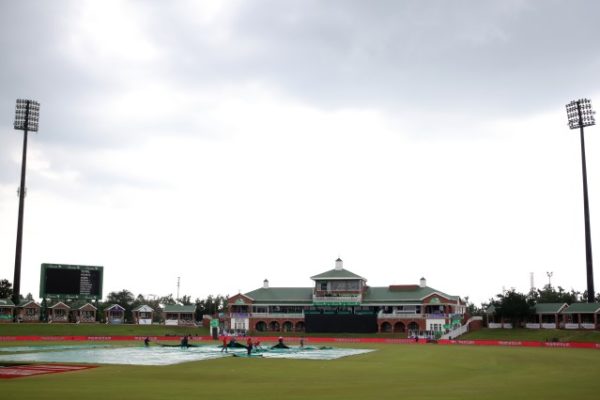 Posted at 09:48h in Domestic by admin@csa

POTCHEFSTROOM: The Hollywoodbets Dophins and Momentum Multiply Titans were met by more rain frustration in the Momentum One-Day Cup after their clash at JB Marks Oval was abandoned without a ball being bowled on Thursday.

It is the second successive washout for Mandla Mashimbyi’s play-off chasing side after their game against the VKB Knights on Monday suffered the same fate.

The North West town, which is hosting the competition in a bio-secure environment (BSE), has been drenched by rain all week as summer rains have engulfed the region. The wet weather has left the outfield under heavy pressure and forced the ground staff to work overtime in a bid to ready the venue for each of the games since.

Although the Titans now moved above the Knights on the Group A table with three points, they face a crucial match-up against the Central Franchise (two points) at the same venue on Friday.

The pool will conclude on Saturday when the runaway leaders Dolphins (11 points) play the Knights.